The World is Diverse

Home The World is Diverse 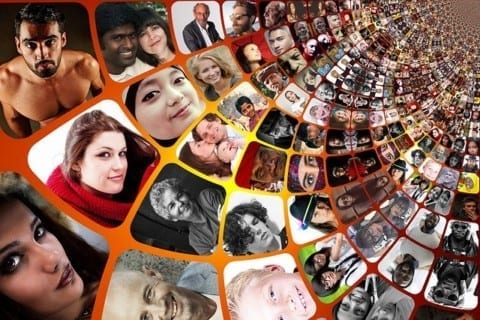 How is it that the world can be filled with so much ignorance?

How can it be that a mayor does not support what is already present: Diversity?

America does not have a primary language. Many think that there is and the language they believe is the primary language is English. America is filled with so many races, cultures, and languages.

The mayor has absolutely no reason to be against diversity when there is nothing to do to get rid of all of the diversity that was created so long ago. It is absolutely astonishing how the mayor said that English is the language everyone should speak, but he can not even spell the word exception right.

It amazes me at the fact that there are people who are ignorant and try to make others feel inferior because they speak a different language. The people who migrated to the United States worked hard to learn English without forgetting where they came from and the people that for so many generations have been in the United States and they can not even spell.

People have to learn that the multicultural world we live in is beautiful.

Dear:Vanesa I read your post “The World Is Diverse” and I noticed that you read a lot and you investigate about the america history and you said “Many believe that there is and the language they believe the primary language is English” and you are right many people specially American people don’t know so much about the history and I know a little bit because I learn a lot specially in my origin country where I was born that is El salvador(center america country) and after I came here to the U.S. I noticed that they didn’t learn so much about the america history.

So back to the title about the English language I know that many Americans believe that is the primary language and everybody should speak,but according to the whole countries history America is composed by all the countries including Center America,Mexico,Canada,Europe,South America and North America why? ” because I long long time ago all this countries were all together and all this countries were together so this means that those continents and countries were America all together with out difference” another thing is that the first language to speak were spanish according to this web site https://en.wikipedia.org/wiki/Spanish_language I recommend you to read this web site as well https://www.politifact.com/factchecks/2016/nov/07/tim-kaine/tim-kaine-right-spanish-was-first-european-languag/.

Another thing is don’t even thinking that the spanish language was the first spoken language there were many others languages before for example maya script,quechuan languages,Aymara,Guarani and Nahuatl all those languages were spoken before Christobal Colombus had contact with them.In my opinion the first languages wasn’t English and spanish there were a lot more languages spoken and the history say that ” the primary language was Spanish when christobal Columbus conquest land like america”.