The Widespread Problem among teens today: How the Pandemic has increased social media usage

Home The Widespread Problem among teens today: How the Pandemic has increased social media usage 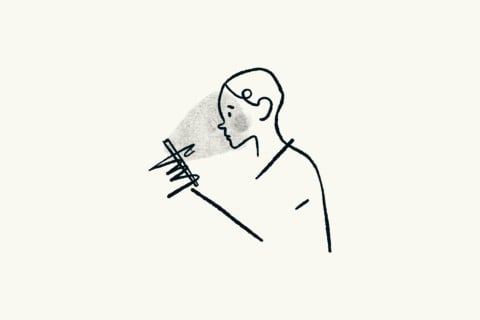 As a follow-up article in response to my last article in which I reflected on the widespread problem of anxiety and depression among teens, I realized there was much more that needed to be said. Indeed, it is not a secret that the global COVID-19 pandemic has greatly affected the mental health of everyone, but I believe teens have been one of the hardest hit. As a teenager myself, I have had to manage an enormous amount of new emotions and had to figure out how to handle it over the past 10 months. Not only were many sports events, dances, and other gatherings canceled, teens have had to learn to cope with another factor that I can confidently say I myself was not ready for: isolation.

At the start of the pandemic, it seemed that having no school for two weeks was going to be no more than just that; a two week break from the stresses of school and everything it encompasses. However, as time went on, the slow realization that life was not going to go back to normal anytime soon set in, and I discovered that my life was going to completely change. For teens and high school students everywhere, it was disappointment after disappointment, and it seemed as though the cycle was never going to end. In addition to these cancellations, the factor of isolation contributed to the intensity of these changes. According to the article “How social Isolation Affects the Brain” by Catherine Offord, the “absence of human contact is associated with declines in cognitive function.” For teens especially, whose lives revolve around friends, teachers, sports, and extracurricular activities, the transition to isolation did not come easy at all. The article included a quote by Stephanie Cacioppo, a professor at the University of Chicago, which states “We’re a social species. We really need others to survive.” So what was the response of many teens that were forced to isolate themselves from the rest of the world? How did they cope with the gravity of the circumstances around them?

Perhaps this is not the case for all teens, but it is arguable that a large percentage of young people turned to social media in response to these setbacks. Social media, for many, myself included, can help one to escape reality; it offers one the ability to hide from his or her problems. In short, it potentially becomes addictive, as our brains receive “a rush of dopamine and sends it along reward pathways,” allowing us to “feel pleasure” (Offord). For a young person that is forced to handle the devastating effects  of COVID-19, along with the many additional lifestyle changes that came with this virus, it is only natural that he or she would turn to social media. It is not only highly accessible, but constantly relevant in the lives of all teens. Its relevance contributes to its popularity; teens want to be included in the loop and stay updated on the lives of other people, because it offers escape. Ultimately, social media has proved to become a source of addiction to many teens who find themselves struggling to manage their emotions and problems in their lives.

So what can we do? My last article explored the different ways in which one can restrict their social media usage. But why? Personally, I realized that the damage of social media is much greater than solely brain damage and addiction. Quite simply, I do not want to miss out on my life. I do not want to miss spending time with my family while I still can, because as we all know, life is short. Why spend your life hovering over a screen obsessing over someone else’s life when you could obsess over your own, wonderful life? This realization was what I truly needed to put my phone down, and I hope perhaps more teens will come to realize that there is so much more to life than an Instagram post, a celebrity birthday, or a Snapchat story. We must begin to live our lives for what is truly real, not for what is hidden behind a screen, which, very likely, is photoshopped.

Josie,
your post about social media and its effects, specifically in regards to the recent isolation and quarantine, was very captivating and interesting to read about! I thought your argument was very convincing and relatable. Social media can be very addictive and even harming if you let it, though I also liked how you mentioned how social media was also useful, as it kept us in the loop and helped us escape the world for a bit. I agree though, that spending time away from your phone, or other devices, is a necessary thing to do today. Like you said, “there is so much more to life than an Instagram post, a celebrity birthday, or a Snapchat story.” Taking time away from social media is very important, as living life outside of the internet is an important thing to remember to do. For me, the adjustment to the sudden isolation was difficult, and I, too, turned to social media. Eventually, I remember taking a break from it all and taking a walk in the snow, as well as spending time with my family as often as I could. And, although I think social media is a great way to interact with others and to escape from reality for a bit, it’s important to remember to not spend every waking minute there and to take the time for yourself so that you can truly live your life to the fullest. I look forward to your next posts!