The War in Yemen

Home The War in Yemen

This question makes me confused because it concerns us. What I think I already know is that my country continues the war for five years, but we want to end this tragic war that has destroyed the country and the people. What I knew about my country before the war: It was a stable country and people and they were tourists from all countries But what I know about the cause of the war in my country  because of political issues between the officials of the country and the entry of armed members of a group called Houthi and the beginning of the conflict between them over who will rule the country.

First, I want to know the cause of the war in Yemen?What is the conflict between Saudi and Yemen? Why Yemen is poor country?What is the humanitarian crisis in Yemen? Will the day come that the war and crisis in Yemen will end? What state officials should do to end the country’s problems and preserved ? how are the citizens and people suffering in these difficult circumstances in the country? How is education in Yemen in this war and how will the future of students be if the war continues?

I am impressed by your post, “The War In Yemen” because it is interesting how much the war in Yemen has had an impact on people over there and considering that I was born over there, it’s good to know more about my country so I appreciate you posting about a topic that is significant and should be talked about more in the world.

One sentence you wrote that stands out to me is, “It was a stable country and people and they were tourists from all countries But what I know about the cause of the war in my country because of political issues between the officials of the country and the entry of armed members of a group called Houthi and the beginning of the conflict between them over who will rule the country.” I think this is very significant because the main reason for the war in Yemen is because of the Houthis and because they’re so violent I doubt they would stop until they get what they want but the officials of the country won’t let things go easily and they shouldn’t either because if they do then Houthis will have control over the country.

Thank you for your writing. I look forward to seeing what you write next, because I like reading about the topics you choose. I would like you to continue talking about your country.

Dear Ebrahim, I’m also from Yemen and i am really happy that you spoke about this because the media nowadays ignores the important stuff and they decide to talk about things that aren’t going to impact and benefit our lives.

I am intrigued by your post, “The War In Yemen,” because it is intriguing on how people, even in their own country don’t know how the war has started. It is intriguing the crisis in Yemen has so many unresolved problems yet they are hardly mentioned or dealt with.

One sentence you wrote that stands out to me is, “Fighting has devastated the country’s economy, destroyed critical infrastructure, and led to food insecurity verging on famine.” This sentence is significant as it really demonstrates how tragic the war is and how it’s critically destroying Yemen’s economy.

Thank you for this writing. I look forward to what your next writing is, because I like how you bring out mass atrocities, like the war in Yemen and really respond to unresolved problems. I would like you to continue talking about your country.

Hey Ebrahim, my parents are from Yemen I know how it feels and how it hurts them. I honestly did not know any of this. This post really touched me and gave me a bigger idea. I love how you describe everything. Thanks for your time and putting this post out there, people really need to know. I look forward to seeing your future posts.

This post told me what happens in Yemen, I don’t know about it because I don’t follow the news. It’s a great post, and I hope that one day there’s no war but only peace and love in this world.

This was a great piece! I learned a lot about what’s going on in Yemen because of this and it allowed me to develop my own views on the issue as well. I think that the background information you gave about the country before the war started showed that it isn’t just a country that is defined by war.
If you want to look more into this issue, I would recommend reading this article: https://www.cfr.org/interactive/global-conflict-tracker/conflict/war-yemen.
Overall, great job!

Good job on this writing. I liked how you went into depth to describe the issues arising with the war going on in Yemen. I also liked how you talked about how devastating the war is, and why it really is so bad. Overall great post!

I agree with Casey! I think you did a great job writing and presenting the important facts, but in some instances come up with ways to solve the problems that are going on and how they can affect everyone and then maybe connect it to other places. Overall you did a very good job and I hope to read more of your writing soon!

Overall great job Ebrahim presenting the information. I really like how detailed and oriented your facts are. It helps the reader easily understand what its happening on Yemen. You do a great job explaining what is happening however, I think you should explain maybe a possible solution or two. 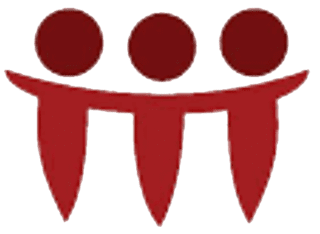