The Wage Gap in Pro Tennis 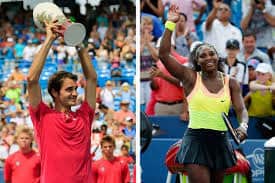 More than 70% of men in the world’s top 200 have earned more than their female counterparts in 2018. Just like everywhere else and in all sports there is a difference in the wage gap made by male and female participants. Daniel Levitt states that so far in 2018, 71 percent of the world’s top 100 men earned more than women of the same ranking, based on prize money per tournament played.

First off, the point that the author is trying to make is that women are not getting the same amount of money as men. For example, “But, more than a decade later, the picture outside of the majors shows that across the calendar year, the gender pay gap is still a chasm”(Levitt Daniel, State of Pay 2018). Both of the male and female players are competing at the same levels and playing in all the same tournaments as each other, but yet not making the same amount of money. I have not been affected by the article, but I have played tennis my whole life and no matter if your a boy or girl you train at the same level as everyone else. If everyone is participating and trying to become the best they should get the same outcome in the long run.

More importantly, this topic has a big impact on our society because this problem happens everywhere. This is mainly known to takes place in businesses and companies, but it is also a big deal in sports. An example of this is, “The data, though, suggests viewing figures are not gender based but determined by individual performance and personality”(Levitt Daniel, State of Pay 2018). This issue should be discussed and should be taken very seriously in the sports community also including other sports like basketball, soccer, and golf.  Trends that I’ve noticed are the problem in the wage gap is it happens everywhere and is not focused enough on.

Dear Luke,
I honestly dont know much about tennis or how they distribute the pay between the players, but I do understand the UFC. The ultimate fighting competition I feel is a great example of equal pay in the world of sports. The fighters each get paid based on how much money they bring in, not on how much the commissioner decides is enough.
https://bleacherreport.com/articles/2843111-dana-white-talks-uswnt-pay-dispute-growth-of-womens-mma-in-ufc
This is a cool video of Dana White (the owner of the UFC) talking about equal pay and how Ronda Rousey made a ton of money fighting because of the fact that people loved watching her. She helped bring in a ton of money for the UFC and was paid because of her performance in the octagon. I dont know if this is the same in all sports but another good example in the WNBA VS. the NBA. The WNBA brings in significant less viewers so of course they arent going to make as much as NBA players. I wish to do more research on this topic but thank you for writing about this.
-samuel

Dear Luke,
I strongly agree with your thoughts on the wage gap in sports, because I believe women are working just as hard as men, therefore they should be paid equally. Here is a website that talks more about the wage gap between men and women in sports.
https://confessionsoftheprofessions.com/closing-gender-wage-gap-sports-infographic/