The view of gumption in the American Creed

Home The view of gumption in the American Creed 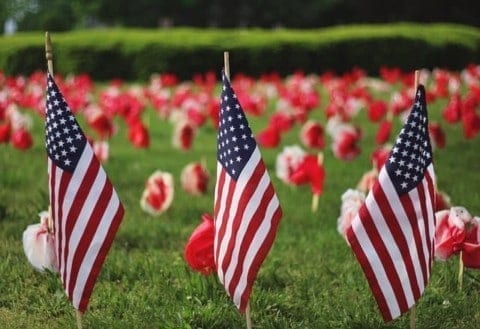 While argued as a one of the greatest American romances following the passionate love of Scarlett O’Hara and Rhett Butler of the Confederacy after the loss of the Civil War, “Gone with the Wind” to me is less a story of love, but rather more of a story of “gumption”. What is gumption? To say the least, “Courage and initiative, enterprise and boldness” (Webster’s New World collegiate dictionary 655). By no doubt, it’s people like Scarlett and Rhett possessing the gumption needed to bring themselves out of poverty and the shame of the loss of the war that could make such a passionate romance resonate among so many that illustrates the values of the American creed in the past to allow such prosperity of the American creed today.

Perhaps it was gumption that was really the start of the United States of America. Americans have always valued bravery and fighting for your own morals, highlighting those that are courageous and bold and to follow their dreams with nothing but the belief of a better future. This is illustrated in Martin Luther King Jr’s speech, “I Have a Dream”. In it, he knows that the United States is unfair and unjust, and that because of his race, he and those like him won’t have equal opportunities, and that there is no hope to achieving those dreams. Yet, he holds onto the belief that in the future, “when all of God’s children, black men and white men, Jews and Gentiles, Protestants and Catholics, will be able to join hands and sing in the words of the old Negro spiritual: ‘Free at last. Free at last. Thank God Almighty, we are free at last’” (King 00:04:40-00:05:07). Dr. King was brave and courageous in voicing out such thoughts in a time when even a fraction of what he expresses was harshly shunned, it was no doubt a sign of gumption on his part that played a vital role in the face of the American creed of today.

Gumption could also be described beyond the building a society, but at the brink of one falling. In the American Creed video by PBS, the film showcased the residents of rural Arkansas, where many of the current inhabitants are descendants of the slaves and later sharecroppers of the Southern cotton industry. After the introduction of large scale agriculture tools and industrialization, these people were left impoverished without jobs and the education to pursue another means of income (Ball). To these people, attempting to find a better future through different programs to teach vocational jobs at any chance given in the gumption that they have the courage to step out of their surroundings and those that live around them to strive for a better future where they are brave enough to try and look into the unknown.

In the face of a challenge, Americans often view education as the gateway to success. To many, with a education allows the opportunity to acquiring a great and more specialized skill, yielding to higher paying occupations that grant that person the position to be respected and treated fairly (Ball). Ironically, these are all principles that is already granted by birth as being American, yet many people have to struggle their entire lives just to earn these basic rights. To address these issues will need a great amount of courage and bravery, all aspects of the gumption needed to better the American creed.

However, in Gone with the Wind gumption isn’t necessarily portrayed as a commendable trait. To Southern Confederate values, holding onto one’s past and their breeding was the utmost importance, far more than a story of rags to riches. To them, newfound wealth was something to scorn upon, and it would take years and years of hard work, effort, integration, and of course luck, to finally be respected as a self-made man like Gerald O’Hara (Mitchell 66). When Scarlett tried to make a better future of herself with the wood mills in Atlanta, she was shunned from society because she was going against the old ways, and only selfishly thinking of herself and money (Mitchell 605). To them, it was better to live as a lady in poverty rather than a shrewd business woman with riches. The Confederates often associated this type of behavior as of the Yankees, which they viewed as the enemy, ultimately became the epitome of American Creed. Does this mean that the characters Margaret Mitchell paints so gallantly as patriotic really not be American? Is it really only the selfish Scarlett and Rhett that are the only Americans of the entire story?

I fail to agree with this idea. While the American Creed values gumption and making a better future for yourself against social norms, the American Creed also values kindness, honesty, sincerity, and a sense of community of giving back after being given. Americans do not value selfishness, greediness, and lying or other qualities possessed by Scarlett and Rhett that equate to their success. But then, the post-Civil War South stands at a very unique standpoint in regards to being American. Do Confederate views reflect American views? Quite blatantly the ideals of slavery and “aristocratic” family lineage are quite polarizing. But beyond that, the Confederacy also stands for honor and kindness, the act of giving back and helping out, to foster a sense of community. In essence, it’s the qualities that reflect little of gumption that define the American Creed.

This shows that simply defining the American Creed is impossible. Americans don’t follow under one umbrella of generalization that determines if they’re “American” or not. In doing so, we would go against the very core of American values in making your own future. If what is determined as “right” of a creed is already predetermined, how could one ever follow their own footsteps and create their own future? It would be impossible because that future you create, no matter how gallant or beautiful or successful, would not be yours, and that future would only be a mere shadow of someone else’s values.