The Value of Hard Work

Home The Value of Hard Work 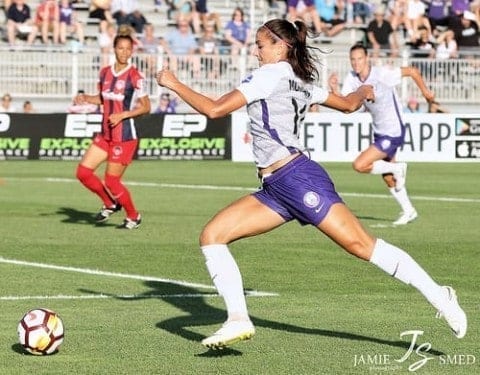 America has many traits or values that make such a unique country that stands out from other countries. We have many characteristics from old times to modern day America that we live by or present. There are many things that Americans value but the main values are freedom, individuality, hard work, and positivity. We value freedom because it allows us to be ourselves (individuality) without being punished. We also value many traits in people which range from hard work and determination to personality traits such as carrying on a positive and confident way of living. These are many things that we value from people who possess these traits but we all could work on in our daily lives!

The book I read was called Breakaway by a U.S. Women’s soccer player named . In this story she discusses her life and how she accomplished her “American dream” by pursuing a career as a professional soccer player. She talks about her life as a little girl growing up in America and figuring out what she wanted to be when she grew up. She used her determination to be a professional soccer player to work hard everyday and make herself better. She would make sure she played soccer everyday even if her soccer team at the time didn’t have practice. By challenging herself everyday to become better she quickly learned how to cope with hard times in order to be successful in life. She used her anger and frustration through many injuries that she had to overcome obstacles and learn to get stronger mentally. In a motivational speech she had she went on about how “Whatever brings you down will eventually make you stronger” (Alex Morgan 135). Alex was taught as a young girl to use her frustration to go and make herself better so that wouldn’t have to face hard times or whatever she was going through at the time. This is a good example of an American value because Americans take a lot of pride in themselves or other people for being able to overcome challenges and succeed without giving up!

Alex’s story is related to many other young boys or girls who had a dream that they followed since a young age and made it reality. A lot of kids have dreams when they are young but often don’t follow their dreams to the end. Americans always talk about how we value kids who follow their dreams but we often forget to encourage more kids to follow their version of the  American dream. This is something that I would like to see encourage more often. I think we need to use more examples like Alex and make sure kids know that it is okay to fail before succeeding. Another women related to Alex is Carli Lloyd. In her book When nobody was watching, She talks about how she went through a lot of the same things as Alex before they happened to be on a team together. In an interview that Carli did, she explains how you should “Work hard at everything you do, never give up. Never quit, many people have talents but without the hard work you won’t get anywhere!” (Carli Lloyd 57). To add on,,Carli went through hard times figuring out if soccer was what she wanted while struggling with ongoing knee injuries.  Carli is similar to Alex because they both had injuries that set them back but they eventually both made it to the same professional soccer team (U.S. Women’s Soccer Team). To me I think that is a very good accomplishment! Alex and Carli are good examples to follow for kids with similar dreams of becoming a professional athlete. They show that through hard work, determination, confidence, and a positive mindset you can achieve your goal as long as you never stop working hard and keep a positive outlook on situations even when they get hard. On the other hand I found an article related to Michael Jordan, he was a professional basketball player and considered great. In an interview he did he talked about how he used his anger from not making the High School Basketball team to “get going again”. He explains how “Whenever I was working out and got tired and figured I out to stop, I’d close my eyes and see that list in the locker room without my name on it”. (Michael Jordan Para 3) This is something that I find really inspiring because you can kind of feel the emotion through the quote. In a way it makes you want to work even harder at what you do.

Alex, Carli, and Michael are all good examples of American values in today’s society. We continue to value people who work hard and don’t give up no matter how big the set back they go through is. This is something I personally value since I play soccer and can relate to each of them in a way. All of these examples show hard work, confidence, positive mindsets, and determination which are all big American values. We could all use some more motivation and even hard work in our lives to improve ourselves for the better.

Carli Lloyd- When nobody was watching

Emily,
I very much enjoyed reading this. I think you structured your essay very well. I like how you began by talking in general about American values, then you went on to summarize the book “Breakaway”, and then in the end relate it to others, all the while maintaining the topic of values. I have never read the book “Breakaway”, however after reading your response to it I feel like I know it. One of the things that I enjoyed the most about your essay is how you talked about how we must encourage kids to follow their own American dream, instead of pushing them to follow a path that we want them to. Thank you for sharing this, and I hope to read more from you.

Emily, I really enjoyed your article. I liked how you addressed such a difficult topic to talk about when you added the question “ what if” it really made me think about what I could do to step out of my comfort zones. You did a great job using quotes, one of my favorite is “ Whatever brings you down will eventually make you stronger” I like this because when people step out of their comfort zones there is often times a let down that is paired with it. This quote is inspirational to the people who have let downs so they know that those hardships will make them stronger later on.

Emily, I really enjoyed your response to Breakaway. I haven’t read the book myself but based on your description and analysis, it seems like a great example of the American value of hard work. I agree with your overall thesis statement that America values the most tenacious people who continue especially in the face of hardship and obstacles. The values you described as being presented in Breakaway’s characters are particularly inspiring. I think all people should be hardworking, confident, determined, and positive. I want to try to implement these characteristics more in my own behavior as well.