The Value of Freedom and Equality in America

Home The Value of Freedom and Equality in America 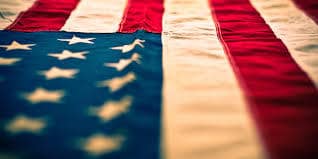 America has a lot of values that all Americans abide by. Two of the major values are equality and freedom. Without these two values, we wouldn’t be the country we are today, and it even states in the Gettysburg address that “our fathers brought forth… a new nation, conceived in Liberty, and dedicated to the proposition that all men are created equal” (Lincoln, para 1). The purpose of the Gettysburg Address was not just a speech to preserve the union but also to conduct equality and freedom upon Americans. In addition, America is the country that a lot of immigrants come to seeking that freedom and equality that they may not have had before, they come here because we can offer that to them, the freedom and equality.

Our country constantly changes the way we view freedom and equality, but since the constitution was created, the idea of freedom and equality is something we’ve always found to be important. It states in the Bill of Rights that we have “freedom of speech, or of the press; or the right of the people peaceably to assemble, and to petition the Government for a redress of grievances” (Jefferson, Amend. I). Without our freedom of expression we would be restricted from using our voice and giving our opinion to try to better our own home and country. This would mean no more sharing your opinion, no more marches, no more petitions, no more  rallying. An amendment that ties in with equality is Amendment 14, stating that “all persons born or naturalized in the United States… are citizens of the United States” (Jefferson, Amend. XIV. Sec 1). This amendment was made so that African Americans, who in the past didn’t have the equality as everyone else, could be equal and have the same rights as everyone else. Both of these amendments play important roles in the United States. You can’t be free if you aren’t equal, which is how a lot of people have felt, up until the equality and freedom amendments, so that is why these two values are so influential and significant to the way America runs.

In conclusion, freedom and equality will always be important to every single person who comes to America. America is a safe place, and as Eckstein said, “the value of freedom cannot be overstated” (Eckstein, para 1). That is something that will never change.