The Truth about Guns

Home The Truth about Guns 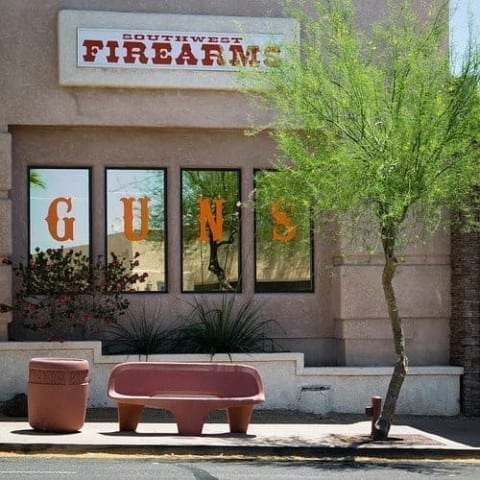 There have been many thoughts and ideas shared about gun control. The political left seems to think that taking guns away from law-abiding citizens is a good idea. Not only is this not a good idea, but it is just plain insane. As Thomas Jefferson said, “The laws that forbid the carrying of arms are laws of such a nature. They disarm only those who are neither inclined nor determined to commit crimes…. Such laws make things worse for the assaulted and better for the assailants; they serve rather to encourage than to prevent homicides, for an unarmed man may be attacked with  greater confidence than an armed man.” Thomas Jefferson, Commonplace Book (quoting 18th-century criminologist Cesare Beccaria), 1774-1776. Most legal gun owners use their second amendment rights as protection for themselves and their families.

So now this brings up a question I hear all the time, “but shouldn’t we least make obtaining a gun more difficult than buying groceries?” The problem with this statement is that guns ARE more difficult to buy than common groceries. No one had to have a background check to get some food from a Walmart. This is just another leftist propaganda statement meant to scare people.

And the last myth that I am going to debunk with this post (I know there are others) is the idea that all semi-automatic weapons should be illegal and not sold in stores. This comes from the misunderstanding of what semi-automatic really means. The term “semi-automatic weapon” means a gun that fires one bullet for every trigger pull. An example would be a pistol, you pull the trigger and one bullet is fired. It does not mean automatic. Automatic weapons are illegal to obtain for civilians unless you have been given a special license to carry one.

I think this is a good piece that you have written here. But I would like to see different examples used. As Tommy said before, the comparison of buying guns to groceries does not work as well. Guns are items that have serious consequences when used in certain situations. I understand people wanting to protect themselves, but does everyone need all these incredibly powerful automatic weapons just stashed at there house. We need to have a better understanding between our population and compromise on these standings I feel.

I like your writing, though I would like to just ask some questions. Chicago, recently having relaxed its gun laws actually, saw a jump in crime. You claim that it is the strict gun laws that cause this rise in crime, however, many of these laws had actually been struck down in 2013 all the way up to 2016. Second, I feel Thomas Jefferson quote is misleading here. I feel, that we talk about gun control, we talk about restrictions of semi-automatics. However, I think Jefferson was talking about rifles and bayonets. They did not have semi-autos at that time. Also, the argument about the groceries. I agree, buying a gun in currently more difficult than buying groceries. However, basic food (mostly harmless) is not a great comparison for a lethal weapon (a gun is lethal weapon, no dispute there). I think a more accurate comparison should be to getting a drivers license (it takes less time to get a permit (1-2 days here in Utah)) Here in Utah, for example, it takes 6 months of permit, 3 drives, 3 observations, a written test, a permit test, and a driving test to obtain a license when you are under 16. It still takes at least 3 days to get a license if you are over 18. I feel this is a much better comparison then groceries. Hope you will consider this in you future posts.

I agree that people should have the right to own guns, however certain people must be restricted from them. This includes people on the no fly list as well as people with criminal history and mental history. There must be very close checks on everyone who is going to buy a gun. As far as the statement about Chicago goes, Chicago was the most crime ridden city long before they made it illegal to buy firearms. I think the semi automatic and automatic rule should remain the same, we just must be very careful about who we sell guns to. Good job on the post, it seemed well thought out and researched.