The Truth About Recycling

Home The Truth About Recycling 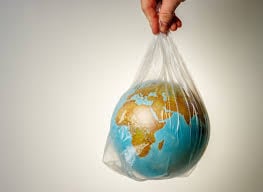 Plastic has been a massive world wide problem ever since World War 2 started. Most Americans believe that if you put a plastic item in a recycling bin it’s going to be reused and reduced while it keeps getting recycled. But in reality most plastic Is being sent to landfills because it’s cheaper. Plastic landfills have been a big problem because over time they release harmful chemicals that go into the soil or dirt and cause problems. Many factories prefer to send plastic to landfills because it’s cheaper and to go through the process of recycling (which very little amounts or factories are able to do). But this problem doesn’t end here plastic is in the ocean as well and most sea animals confuse those pieces of plastic as their food and eventually eat so much that they don’t leave any more space for their real food nutrients and die over time. Also many Americans started to use plastic utensils like plates, spoons, forks etc over the years because they can just dispose of it after they are done with using it. Many experts say that if they tell the world what’s really happening this problem will reduce and the world can be a better place for all the living creatures inhabiting it.

In my opinion this issue has escalated over the years because most landfills today weigh more than some buildings. And If we don’t take action now in the future it’s going to be a way more massive problem than it is at this moment. Tell me your opinion about this whole Plastic crisis.

Will the plastic problem continue to be a problem or will it greatly reduce in the near future?