The truth about our plastic

Home The truth about our plastic 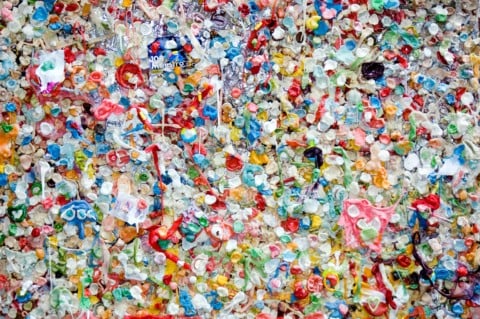 Ever since World War 2 began, plastic has been a massive global problem. Most Americans think that it will be reused and reduced while it continues to be recycled if you put a plastic item in a recycling bin. But most plastic is actually shipped to landfills because it’s cheaper. Plastic landfills have become a major concern because toxic contaminants that go into the soil or dirt and cause problems are released over time. Many plants choose to send plastic to landfills because it is cheaper and the recycling process is cheaper (which very little amounts or factories are able to do). But plastic is still in the ocean and most marine creatures mistake these bits of plastic as their food and ultimately eat so much that they have no more room for their natural food nutrients and die over time. But this dilemma does not end here. Over the years, many Americans have even started using plastic utensils such as bowls, spoons, forks, etc, so they can only dispose of it after they use it. Many experts believe that this issue would decrease if they tell the world what is actually happening and the world will be a safer place for all living beings inhabiting it.

In my view, since most landfills today weigh more than some homes, this problem has worsened over the years. And in the future, if we don’t take action now, it’s going to be a much more huge issue than it is right now. Tell me your thoughts on the whole plastic crisis here.

Will plastic be a problem in the future?