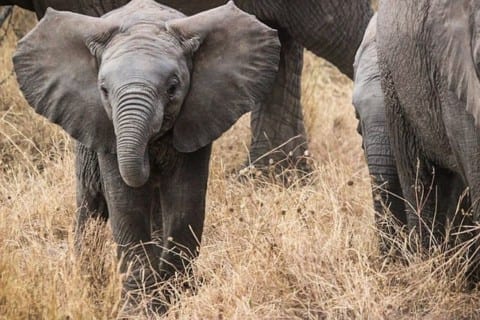 America has a knack for ignoring uncomfortable issues, regardless of the degree of importance.  Perhaps we take too much to the phrase, “ignorance is bliss”, and attempt to hold onto blissful unawareness.  Perhaps it’s among our nation’s signature defense mechanisms.  Regardless of the reasoning behind the willful ignorance, Americans have a tendency to sidestep the big issues.  This makes the reaction to the creation of recent laws all the more astounding.

Trump has taken office and America has taken to cynicism as a result.  America’s forty fifth president has not been very well received for obvious reasons, such as the absurd amount of money going toward an unnecessary and racist wall or the threats to deport the legal immigrants alongside the illegal.  These are only a small part of the injustices to the American people as well as the people of the world caused by Trump.  A recent controversy that has caught the attention of usually apathetic Americans can also be attributed to Trump: the reversed ban on trophy hunting imports.  Trophy hunting is a large part of why many great animals are on their way to extinction, which fortunately, many people acknowledge.  And for the first time in a long time, people are rising up to act on this knowledge.

The ban on imports of “big game” trophies from Zimbabwe and Zambia was a barrier to the killers of endangered animals and, if lifted, will only work to catalyze the already rapid extinction of animals such as lions and elephants.  With this in mind, the public reared up against the Trump administration’s decision; collecting over 300,000 signatures each on a multitude of petitions.  This response shocked Trump, coercing him into halting the lift on the ban, at least for the time being, as is explained here: http://www.cnn.com/2017/11/19/politics/big-game-trophy-decision-donald-trump/index.html

The hope is that the ban will be reinstated.  It would be an amazing success for the American people. The postponement to the decision on the lifting of the ban is a victory in and of itself.  It shows that the people of America still care, and if something is important enough, we can still shake off our apathy and work for what we believe in.

Kira,
I found this article very insightful and I agree that many Americans are not taking well to Trump’s presidency and are lashing out violently. I do not think him reversing the right to hunt extinct animals was morally acceptable. I am not, nor ever have been, a fan of hunting. People call it a sport, but I believe that both teams should be aware that they are competing if it were really a sport. You may find this article helpful with future research. https://www.peta.org/issues/wildlife/wildlife-factsheets/sport-hunting-cruel-unnecessary/