The Transition to Green Energy

Home The Transition to Green Energy 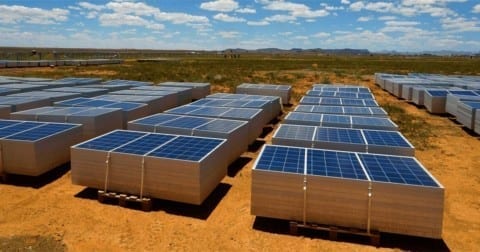 Over the last decade, the price of renewable energy has decreased drastically to the point where it is finally cheaper than fossil fuel energy. This is a huge game-changer when it comes to the electric power industry because it gives companies and households the option to use a clean source of power without paying more for it. Is this seemingly infinite energy source too good to be true or are there drawbacks to using this type of energy.

Recently I read an article that captured a conversation with South African Economist, Faaiqa Hartley, who talked about the future of this cheap renewable energy technology and its applications, especially in developing countries. According to the article, there are a many advantages to switching to renewable power. In fact, building renewable energy actually stimulates the economy by reducing the cost of electricity production, increasing profit of electric companies and introducing a multitude of new jobs into the economy. It is also a huge benefit to rural areas in countries with undeveloped infrastructure because it removes the need for an extensive power grid and allows energy production to be developed much closer to residential areas.

Another major issue that Hartley brings up, regarding the decision to build renewable energy plants, is the current political policy regarding the construction of energy sources. This factor limits the commissioning of new renewable energy sources in many countries and causes setbacks in countries trying to transition. However, with the correct politicians in place, this problem can be easily overcome by installing policies that regulate the number of new fossil fuel power plants that are commissioned each year and increasing the number of renewable sources.

I really enjoyed your post and I thought you made a really good argument. I liked how you brought up different studies and articles to support your idea and even had things to consider when transitioning to green energy. Overall, you had a very informed article.