The State Of Sex-Ed

Home The State Of Sex-Ed 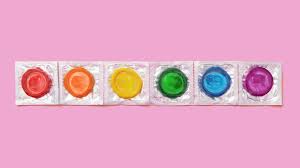 Teen pregnancy is a large issue in today’s society, currently 3 in 10 girls in the United States will get pregnant at least once before they turn 20(This article). This is a problem because, although there are good and planned pregnancies in a girls teen years, 90% of all the girls that get pregnant will drop out of school. Teen pregnancy is the reason that 70% of those who drop out do so. This leads to issues because kids are not getting the education that they need in order to live a successful life. This affects more than just the girl, it also affects the boy who got her pregnant, both of their families, potentially another family if the child is adopted, and the overall school and social community that these kids belong to. It also affects the socio-economic situation surrounding a teen pregnancy. As well as teen pregnancy is more likely to affect people from poorer communities or African Americans, Hispanics, or Alaska Natives. This is due to poor sexual education in these communities, as well as over the entire united states.

Sex-Ed came about in the 1980’s when the AIDS/HIV pandemic made having education about condoms and sexually transmitted diseases a bigger deal in the United States. Then in the late 1990’s sex-ed changed due to “welfare reform” to be focused entirely on abstinence until marriage, since its implimentation many studies have come out showing its lack of efficacy in changing when kids start to have sex, reducing sexually risky behaviors, increasing the use of contraception, or decreasing pregnancy rates. Since the implementation of the AOUM program sexual education has changed and reformed a lot, but because it is up to the states to implement and use federal funds things vary a lot from state to state. A recent report by the Guttmacher Institute noted that although 37 states require abstinence information be provided (25 that it be stressed), only 33 and 18 require HIV and contraceptive information, respectively. Regarding content, quality, and inclusivity, 13 states mandate instruction be medically accurate, 26 that it be age appropriate, 8 that it not be race/ethnicity or gender bias, 8 that it be inclusive of sexual orientation, and 2 that it not promote religion. Due to the fact that sex ed changes so much from state to state it is very hard to implement reform that will work and keep everyone happy and educated. (This article)So clearly the programs that we have right now are not effective at teaching kids about how to prevent pregnancy and cultivate a healthy relationship with sex. In order to fix this we need a federally mandated program implemented that teaches sexual education beyond just abstinence. A program like Planned Parenthoods, that can provide kids with resources to explore thing further but also that teaches kids sex ed. Especially in a way that inludes everyone, mentioning gender issues, and LGBT sex and how to remain safe in that regard. Teaching kids not only about abstinence but about how to have safe, consensual, healthy sex can help to promote a society in which kids are less afraid to talk about it and more likely to practice it safely.

I agree that the lack of sex-education is a problem in the United States. In order for teen pregnancy rates to decrease, there needs to be a spread of awareness to prevent this problem. Young women across the world need to be educated, and the fact that 90% of teens who get pregnant drop out of school is shocking. The United States should also be working to teach a more positive approach to sex, rather than the common abstinence-based approach. We should especially be more inclusive of people of genders, sexual orientation, and ethnicities when teaching safe practices.

Here is an interesting article regarding solutions on how to solve the lack of proper sex education in the U.S.
https://psmag.com/news/six-solutions-to-our-failing-sex-ed-system

Hope to see what you write next,

Interesting–I think this is an important topic because health, including sexual health, is a priority for a healthy adult life. I am curious to know more about the social/cultural impacts on different genders and groups of people–who receives the “best”/most education on the topic? What have trends over decades revealed for different genders/groups? Is there a correlation with teenaged/unwanted pregnancies in these groups?

I think you’re topic is very important because it is a problem that not enough people are aware of this. I like how you put in statistics and told who is affected by this problem.