The Son of Neptune

Home The Son of Neptune 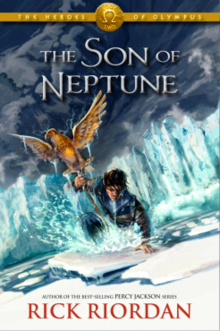 Recently, I read The Son of Neptune by Rick Riordan.  I really enjoyed reading this book. This is because we get to see a new location that isn’t Camp Half-Blood and we get to see the differences in Camp Jupiter.

The protagonist is Percy Jackson. His story is set in the current time period near San Francisco. The significance of the San Francisco setting is that we get to see Percy with no memories, being attacked by the gorgons. The significance of the setting shifting from San Francisco to Camp Jupiter is that We get to meet the new characters who will help Percy. These characters include Reyna, Hazel, and Frank. Percy also gets a quest to beat the giant in the north.

Percy faces certain forces and pressures. They have to go to Alaska where there is no protection from the gods. Also they have to kill 2 giants. He meets these challenges by deciding to go accept the quest. You can see this early in the book.

The tension rises when they are fighting the giant in Alaska. This might leave a reader feeling nervous. This is because since he is in his homeland, he cannot die.

The book climaxes when they drag the giant into Canada and they work with Thanatos to kill him.

The falling action ultimately resolves the conflict. They make it back to Camp but there is another giant there, but they easily defeat it. It’s a  person v. person type of conflict that’s driving this story. This is because they have an enemy they need to fight that can fight them back physically.