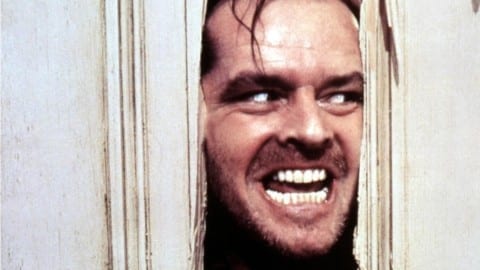 Jack Torrance, the protagonist in The Shining, has a few traits that influence his  relationships with others.

One, he is apologetic. Two, he is demanding, Three, he is sorry. These traits influence his relationships with others. “You want us to leave because you know that’ll be the end of me. Jack Torrance, Part 5, Chapter 46

Jack’s past guilt comes into play here when The Overlook exerts greater control over Jack, it confirms his darkest suspicions about Wendy, most of which shows Jack’s disappointment in himself. Jack and Wendy’s marriage was never perfect, and he had resentful thoughts long before they arrived at the Overlook.

Later, on page Part 5, Chapter 55, Danny Torrance, interacts with Jack Torrance , basically telling him “You’re a mask. Just a false face … You don’t scare me.”  In declaring he is not scared, Danny takes away some of the hotel’s power. The possessed Jack pauses and tries to intimidate Danny, as if the Overlook needs the boy’s fear to take his power. Danny stands firm. Jack’s response here deepens a reader’s sense of his guilt, and sparks a feeling of remorse.