The Serpent and The Eagle(Remixed)

Home The Serpent and The Eagle(Remixed) 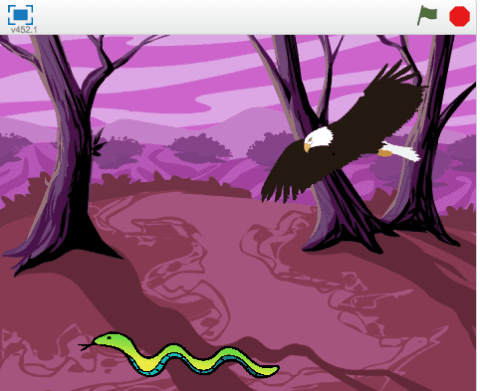 The process to make this animation was simple.  First I made 2 different results of the alternate moral decision.  Then I took the story and used it to create a script for my animation.  Here is a link to my script: https://docs.google.com/document/d/1gmMRrlfdXVp3QyHJjqHy5qzkGAYmSyR4vGmTxJVDhVo/edit  I then used this script to create storyboards for my script.  These storyboards gave me a general idea of what the animation would look like in different stages.  After I finished the storyboards, I made a project plan to make sure I did everything on track.  Then I used Scratch to make my story.  The script gave my story something to base it off of, and the storyboards showed me what my storyboard would look like.

This is a gallery for my storyboards: