The Separation of Church and State

Home The Separation of Church and State 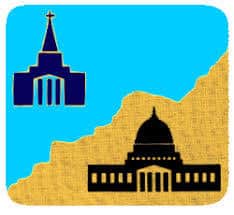 The separation of church and state is a topic debated frequently across the country. While there is little agreement about how large this separation should be, the metaphorical wall is intended to keep the government out of religious traditions as well as the church out of political decisions. Throughout history, the wall of separation has fluctuated as a result of Supreme Court rulings. In an article by the Huffington Post, Dale Hanson argues that there is a constitutional separation of church and state because although those words are not written directly into the constitution itself, “the Court ruling in the case of Everson v. Board of Education stated ‘the clause against establishment of religion by law was intended to erect a wall of separation between Church and State.’” When looking further into court cases throughout history, inconsistencies are revealed because of these interpretations.

An Economist article looks further into the “cracks” in the wall of separation between church and state, primarily either enlarged or mended by the decisions of the Supreme Court. Some things, like crosses and Hanukkah Menorahs, are allowed in public squares, but Nativity Scenes and Christian prayers in schools are strictly prohibited. Our courts tend to not focus on ceremonial uses of religion, like “In God We Trust” on currency, but instead protect people from feeling attacked or treated as second-class citizens. The courts are very evenly split when it comes to allowing Christian prayers at the beginning of meetings by the board of commissioners in North Carolina. While some argue that there is no harm in prayer as long as it does not target non-Christians specifically, “Justice Elena Kagan argued that the majority’s position ignored the ‘norm of religious equality’ at the heart of the First Amendment and was blind to the prayers’ ‘capacity to exclude and divide.’”

One place in which the holes in the wall between church and state are most apparent is in Utah. In a Huffington Post Article, Peter Harrison discusses the influence that the LDS Church has on politics in Utah. Because roughly 60% of Utah is Mormon, and 80% of legislators are Mormon, the LDS Church’s support or criticism of legislation can have a drastic impact on the state. While it is true that legislation should reflect the desires of its population, this author expresses concerns about how much power the church has in the political sphere. The article uses two examples, medical marijuana, and weak hate crime laws, to show that the LDS Church taking a formal stance on these issues greatly affects the legislature. The author calls the Mormon Church to present their stance on important issues in a moderate, factual way, to rebuild the wall of separation of church and state in Utah.

These issues show that the separation of church and state is flexible and evolving. They reveal certain inconsistencies that need to be resolved by the courts. While there may never be a complete consensus on how much separation of church and state is necessary for a functioning society, the majority should agree that it is not a clear-cut issue and that a certain degree compromise will be essential moving forward.

Your point of view on the separation of church and state is very intriguing. I really liked how you referenced Utah in your argument, not only because it validates your argument but it also, for those living in Utah, it is very relatable. In my opinion, even though the idea of the separation of church and state is a valid concept, I don’t think it will ever be obtainable. Our opinions are merely a combination of our experiences, age, and privilege, so to ask someone to give their opinion with no reference to religion is simply impossible, because that’s how many of our moral standards are formed. Here is an article that you may find interesting, http://time.com/5103677/church-state-separation-religious-freedom/. Overall, this is a very interesting topic and I really enjoyed reading your piece.

Excellent probe, Amy. I agree, the holes in the wall between church and state are elusive and ever changing. Esepcially in Utah, the gaps are large. You almost make Utah sound like an old Italian city state with how much influence the church exercises power over and infiltrates our legislative and executive bodies. And like you alluded to at the end of your second paragraph, those who defend their own religious practices in the public sphere can be unaware of the extent of their effects. It would be interesting to look into exactly what the founding fathers meant when they guaranteed freedom of religion in the Bill of Rights.

This is an interesting post Amy! I am quite intrigued about the issue of the separation of Church and State in Utah, and the fact that 80% of all lawmakers are LDS isn’t necessarily surprising but could be considered alarming to the 40% of Utahns who aren’t mormon. With that being taken into consideration, do you think it’s fair to expect the Church to change their stances and for to put aside their religions views to ensure this separation. If the church teaches someone something and that person is voted into office, is it fair to say they can’t take what is taught to them by the church in politics, when it is such an essential part of them. According to the LA Times, Joseph Smith had attempted to keep separation, saying “I teach them correct principles and they govern themselves.” Elder James E. Faust echoes this sentiment, saying that they give their thoughts on a subject and allow people to decide what to believe. They don’t unnecessarily insert themselves. If this is the case, is there a problem with the separation of church and state and if there is can we really do anything about it?