The Secret Life of the Items on the White Shelve

Home The Secret Life of the Items on the White Shelve 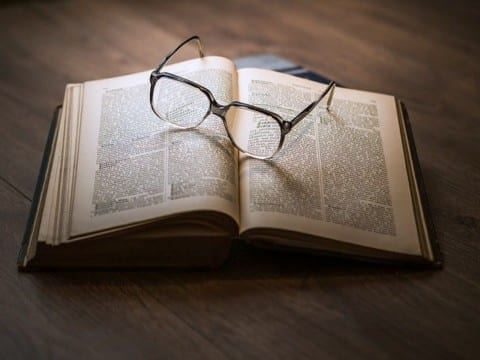 I waited and waited but there seems to be no chance of me being used again.

“She doesn’t need any of you,” exclaimed the Laptop. “She has more uses for me, you know I have everything she needs!” He snickered and laughed. “I am the best, the favorite, the one she chooses! And you? What are you?” he questioned with a look of delight and supremacy.

“I-I…I am her notebook” I slightly hasted before replying. I didn’t want to get mixed in his little games of self-satisfaction. But honestly, I was not sure if I was her notebook anymore. I knew my uses and value but I was so rarely used that am just not so sure anymore.

“Really?! You sure that’s what you are?” he questioned with a smug look. “Because even when she got you she still questioned your purpose,” he continued on. “She has so many writing notebooks that she can use and you? You were just an extra she bought because she wanted to use her teacher’s money from the writing club. Even till today, I assume she’s still unsure if your use.”

We were in our owner’s room in a white shelve right next to her bed. On the left side, her bed is next to a window and the right is the bookshelf which is between her bed and her sister’s. It is a small room that is shared by our junior owner and her eighth-grade sister. She is overwhelmingly obsessed with webtoons, manhwas, manhua’s, manga, and simping over hot but toxic characters. This may make her sound weird…. And… well, it’s not wrong… she is weird… anyway she is someone who loves to read to experience emotions of betrayal, love, hatred, frustration, trust, warmth, losing, excitement, fear, thrill, and many more.

So that is why I assume she is always with Laptop. She has the world’s library on the internet, anything she can think of she will find be it a genre-related book, a specific trope, or even for a book on one character… And here I am just a medium-small blue velvet notebook that she got from a writing club. Not only me but Sketchbook too. When we first arrived in that Amazon box, we heard how happy and excited she was, sitting on her bed ranting to her sister about all the “cool and awesome” work she’s going to do with us but, who know that was all in the heat of the moment.

It took less than a week before her interest dead in us. We were put on the white shelf, I was on the third shelf while Sketch got the worse of it. He was on the corner of the 4th shelf, the dark corner where she put items she rarely uses. Then laying on her bed she started to use the Laptop who was beginning to feel conceited.

I was so close yet so so far all at once. I seriously started to question my use for her. She was always with Laptop which made him feel superior, and he started degrading us a lot whenever he got the chance.

“Hey, sketchbook!” he called out.

“Oh no… here he goes again” I mumbled under my breath in a sigh.

“She was so excited, our owner when she got you and made me feel kinda threatened by how much she was waiting for your delivery, but look at you know!” Laptop said to Sketchbook while smirking at him. “Abandoned at a corner in the shelve, oh how quick her interest in you died,” he said while laughing.

Sketchbook looked so unfazed by his remarks but I could tell he was hurting while trying so hard to ignore him. “Enough!” I finally said out loud. “That’s taking it too far Laptop! We all know you’re the favorite so you don’t have to go rubbing it in at other items,” I say with extreme regret, annoyance, and exhaustion. “We all understand so please pip it down.”

“…HUUUUUHHH…?!?!? What’s this no-used notebook talking about, huh?” He looked annoyed that I was disturbing his blissful time of feeling superior and expected to have fun looking down on me. “Even the tiny 6 by 4 notebook got it better than you and is favored more! Even when his purpose is all over the place at least he is still being used so he can try and complain-not that is going to work-but you, your particularly an empty book with no purpose. So what right do you have to speak to me like your somebody special?”

He was glaring at me with amusement wanting to see what answer I can come up with but, before I could she walked in. It was her our owner but she’s coming in too early its still 6:22 pm she’s usually here by 8 or 7:50 on Fridays. She laid on her bed saying nothing only moving to hug the large white teddy bear as a pillow. Something was different. She was acting off. Yeah, she’s weird and maybe crazy-nevermind psychopathic crazy-but something was still off.

“See she’s here and she will use me. Just you wait and see. I am the best and only one for her to use…!” he whispered as we all waited to see what she will do and who she will choose.