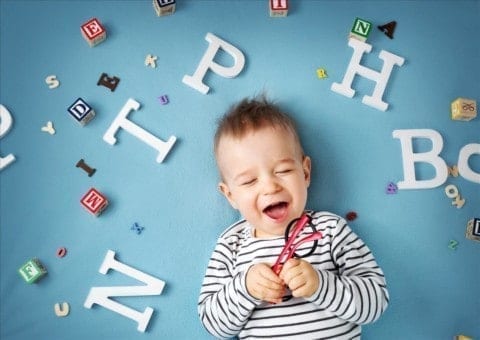 Many people believe that learning a foreign language as an adult or adolescent is a lot more difficult than learning your first language.The article titled “Application of Infants’ Brain Neural Mechanism of Native Language Learning in English Teaching”, that theory is supported. It explores the reasons behind the difficulties adults have learning a second language by first examining how children acquire their first, native language.

Everyone is able to learn at least their first native language as a child. However, as adults, even with better cognitive abilities, we find it a lot harder to learn a second or foreign language. Why is that? Well, first we must understand the essential process of language learning.

When comparing the native language and strangers speaking a foreign language, infants have shown to prefer their native language and their mother’s’ voice. Experiments have also shown that through repeated speech, infants can successfully perceive the change of vowels and make corresponding responses. For example, in one specific experiments, it showed that  6-month-old Dutch infants are able to distinguish sensitively the syllable combinations “zw” and “vl” frequently found in Dutch, while American newborns of the same age are insensitive to them, since they rarely appear in English.

An important thing to consider is that the continuous simulation of the native language in the infant’s environment allows them to continuously strengthen that area in the brain. Therefore, one reason adults have difficulty learning new languages is that they hear or learn the language with gaps in between, and they are not present in an environment where that language is spoken constantly.

Also, an infant’s brain is highly malleable. Links and neuron circuits are constantly being adjusted in order to form a way in which speaking and understanding their native language can come without thinking. However, as adults, their links are already stable and the brain is no longer as flexible to learn and process new languages, especially two languages in which speech, vocabulary, and grammar are not correlated. Therefore, it is difficult to break this inherent mechanism in adulthood to build new grammar rules and language system. “Based on this, we can easily explain why even professionals who have obtained advanced certificates and are proficient in English are not able to use English instinctively without thinking” (Application of Infants’ Brain Neural Mechanism of Native Language Learning in English Teaching).

It may seem as if children learn their first language so easily and quickly. However, that is not true. It is a gradual process that is facilitated with repetition and constant unconscious learning and training. Lastly, for children, learning their first language is viewed as a life-essential task. But for adults, it isn’t.
Link to NowComment: https://nowcomment.com/documents/136529

I really enjoyed reading your post about language learning. Specifically, I thought that you did a great job clarifying the neuroscience behind language learning. Your explanation of how infant’s brains are constantly adjusting their links and neural circuits to “form a way in which speaking and understanding their native language can come without thinking” really allowed me to grasp this concept. I would love to know if this brain malleability continues into childhood and allows children to learn languages more easily than adults, albeit less easily than infants. This article talks a little bit about the neuroscience behind young children learning a new language and I think that could add another dimension to an already very compelling topic: http://www.spanishworkshopforchildren.com/learning-second-language-easier-children/.

I can’t wait to read more about the language learning process and the science behind it. Awesome work!

P.S. These babies really are superheroes!