The science behind the Dutch Hunger Winter

Home The science behind the Dutch Hunger Winter 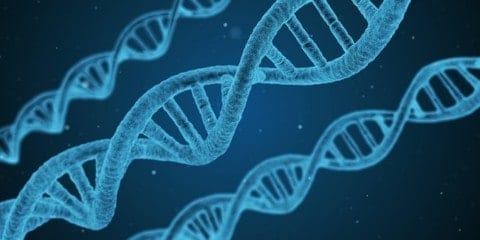 Epigenetics is the study of why certain genes are expressed in people due to certain factors. In the case of this topic, epigenetics is relevant because what genes are expressed within someone’s body is largely determined by what occurs in the womb. A mother’s nutrition during pregnancy plays an important role in what genes are expressed throughout her baby’s life. This is because Methyl groups play an important role in gene expression. Methyl groups are the on and off switch for genes and their expression. Methylation is a process that occurs in a large part during pregnancy. Because of this what happens in the womb can affect a person for a lifetime and have a lasting effect on genes generations after. The Dutch Hunger Winter of 1945 was a crucial study in epigenetics and the effects of maternal health and gene expression of her child. It provided insight into the lasting effects that external factors of pregnancy can have on a child. Epigenetics studies factors post-birth as well. It can study anything from the effects of smoking on gene expression to the effects of eating cheese on gene expression. One question scientists have after the Dutch Hunger Winter of 1945 is whether the effects of the famine are reversible. It has been established that the malnutrition of the pregnant mothers affected their children however it is still in question whether these effects can be controlled and changed by other factors.

During studies done on the children born after the Dutch Hunger Winter, it was found that these children were twice more likely to develop Schizophrenia than other children. Modern studies have echoed the link between nutrition and mental health. It was found that micro and macro nutrients have an effect on methylation, the addition of methyl groups. The correlation between nutrition and mental health is supported by the findings of the Dutch Hunger Winter because of the findings of increased schizophrenia risk and malnutrition in mothers. For this reason, the Dutch Hunger Winter can be a study attributed to evidence for psychology as well.https://academic.oup.com/jn/article/134/9/2169/4688801

Maternal malnutrition can also have an effect on the development of the fetus. The factors that are monitored during pregnancy is often referred to as “fetal programming” This is because since so many genome and gene expression occurs during pregnancy, adult diseases are somewhat predetermined in the womb. During pregnancy the child’s body becomes accustomed to a certain way of living and it carries on throughout a lifetime. During the Dutch Hunger Winter, the malnutrition of the mothers caused the children developing in the wombs to latch onto nutrients and hoard this nutrition in their bodies. The long term effects of this was that the children born during this famine grew up with high rates of Diabetes and obesity. Even decades after the famine ended years after they were born, their bodies were still hoarding nutrients like they had been programmed to in the womb. The Dutch Hunger winter is a landmark for epigenetics and studying healthy pregnancy and the effects of malnutrition on pregnancy.