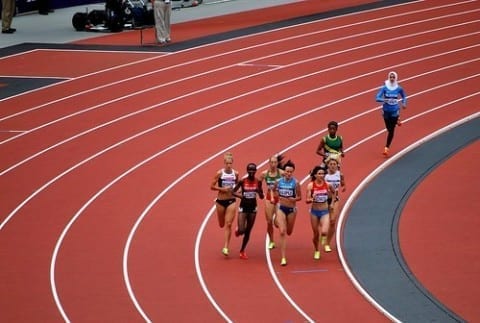 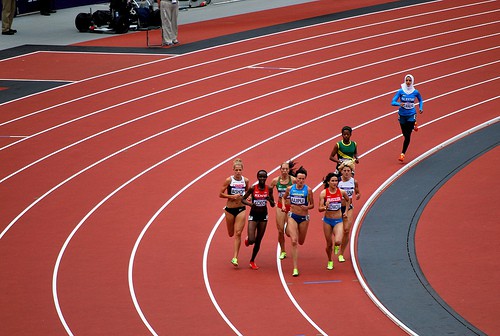 As a competitive runner who logs 25-30 miles a week the most important thing to me is keeping my body healthy and injury free. That means choosing the right pair of shoes is critical. When I started running, I truly believed in minimalist shoes. I swore on the Nike Free until I ran into a major hip alignment injury. After my injury, I switched to a more plush neutral shoe (Saucony Triumph ISO). I fell in love with the Triumphs and went through 4 pairs of them, until I developed a stress fracture in my foot. Now I am running in a total maximalist shoe (Hoka Clifton 3). Because of my love for running and my intention of being injury free, I am researching maximalist and minimalist shoes and there correlation to injury or injury prevention.

In the study The Influence of Minimalist and Maximalist Footwear on the Kinetics and Kinematics of Running,  Jonathan Sinclair used an embedded force platform, eight-camera motion capture system, and an accelerometer to capture the differences in kinetics and kinematics between footwear. He found that both the instantaneous loading rate and peak tibial acceleration were significantly larger in the minimalist (305.58 BW/s and 9.54 g) compared to the maximalist (141.67 BW/s and 7.99 g) and conventional (127.30 BW/s and 6.73 g) footwear. In addition, peak tibial internal rotation was significantly larger in the minimalist (9.64°) compared to conventional (6.88°) footwear. “These findings indicate that minimalist footwear may place runners at increased risk from chronic injury”.

Michael Ryan published the study called  Examining the potential role of minimalist footwear for the prevention of proximal lower-extremity injuries. In this study, Ninety-nine runners were randomly assigned to a neutral shoe (NF), a partial minimalist shoe (PMF), or a full minimalist shoe (FMF). Runners underwent baseline testing, which recorded their training and injury history. Then they began a 12 week training program in preparation for a 10k. The overall results where a 192% relative risk of injury in the PMF group compared to the NF Group and a 54% relative risk of injury in runners in the FMF condition compared to the NF.  This study concludes that there is a higher likelihood of experiencing an injury with minimalist footwear, particularly partial minimalist condition (PMF).

In contrast, a study published by University of Exeter  found that there were significantly lower loading rates for those who wore minimal running shoes and landed on the balls of their feet, compared to people in normal running shoes, regardless of whether the latter landed on the heel or ball of the foot.  It states that  runners in cushioned footwear tend to land on their heel — known as a “rearfoot strike” — while those who run in the natural barefoot state are more likely to land on the ball of their foot — a “forefoot strike.” This study concludes that “runners who wear running shoes with no cushioning and land on the ball of their foot rather than the heel put significantly less demand on their bodies.”

Lastly, researchers in Luxembourg did a study that was publish on Runners World.  The study supports that rotating between different types of running shoes lowers injury risk.  The researchers found that the multiple-shoe wearers had a 39% lower risk of injury during the study period than the single-shoe wearers in this study.

Photo by Edward and Caroline