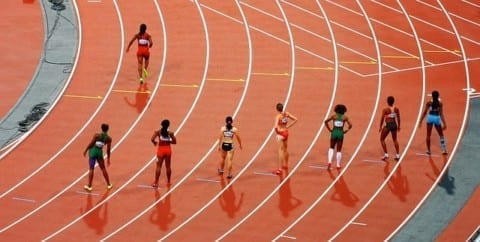 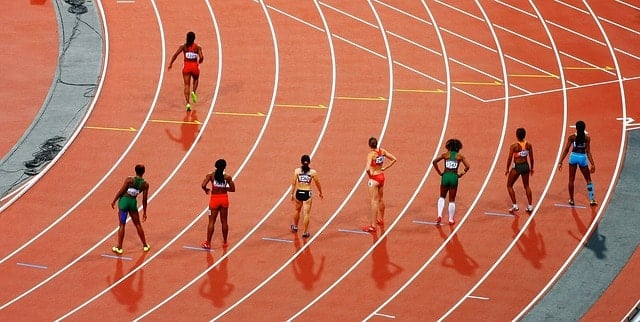 My research question is, Which running shoe is best for injury prevention: maximal or minimal running shoes?

While searching the Pioneer database, I came across a few studies that were very interesting and helpful.

Suzanna Logan, Ian Hunter , J. Ty Hopkins, J. Brent Feland and Allen C. Parcell from BYU University published study that measured the differences in ground reaction forces between regular running shoes, racing flats, and distance spikes .The results concluded that ground reaction forces are significantly increased when running in competitive footwear (such as racing flats or spikes) as compared to regular running shoes. From this conclusion “the data may be used to better inform competitive runners, coaches, and trainers of possible increased risk of injury when determining the frequency and duration of the use of competitive footwear in training.”1

Katie, thank you for sharing such information on running shoes. I myself find the correct running shoes for a runner to train in is very important. It can often make or break someones season and i’m glad you shared this with the world.

This article interested me. In my belief, I all I thought was shoes with harder soles hurt and softer soles are more vulnerable to injuries and maybe even rips (based on the material it is made out of). But learning the science behind these different types of shoes, which would help many people buy sturdier shoes next time, proves many beliefs about shoe soles wrong and correct.

I was able to relate to this because I run and it is interesting to see how a shoe affects performance. I would like to prevent injuring my feet by running.

I am interested in your article “The Running shoe debate” because one of my friends does track. Also because it is something that can affect performance.

One sentence that stood out to me is “The purpose of Jennifer Baltich, Christian Maurer, Benno M. Nigg’s study (Increased Vertical Impact Forces and Altered Running Mechanics with Softer Midsole Shoes) was to quantify the effect of shoe midsole hardness on apparent ankle and knee joint stiffness”, because I realized that different shoes may make a runner uncomfortable. This helped me understand why shoes affect performance.

Another sentence that stood out to me was “This study provides experimental evidence that shoe midsole hardness can in fact affect vertical force impact peaks during running.”, because this is a factor that may make the runner tired quicker.

Your post reminds me of something that happened to me. One time I went to watch my friend at track and one girl had to stop running because new shoes were really hurting her. Therefore, she had to stop in the middle. She did not win or come close to it because of her shoes.

I look forward to your next post because it is very interesting to read about things that could happen to me or my friends.

My question is: do people know about this information? Are the top runners in the world aware that these differences in shoes could help their performance so much more? I feel like if a top runner did not keep up with the latest and greatest shoe technology, then they would fall behind all the other runners. The best thing to do then would be to educate all runners about these shoes, Katie, to help all runners achieve more.

Katie this was a great topic idea being that most people definitely don’t know the importance of running shoes and the affects on all body mechanics. This was a very interesting read, and I’m intrigued to see more!

I’ve actually thought about how much the shoe runners wear affects their performance. I am really interested in learning about this new topic and what your research paper ends up looking like.

I think this could lead to a lot of headway on how athletes can improve their performance and reduce the risk for injury. In addition, I think that shoe makers can learn from research like this to be able to focus on making different types of shoes availiable for the different ways that people want to use them.

Very interesting. I never knew that even just something a simple is a midshoe sole can affect performance. Not only in performace, but also risk of injury. It would be interesting then to see what brands of shoes provide the best sole and design for performance.