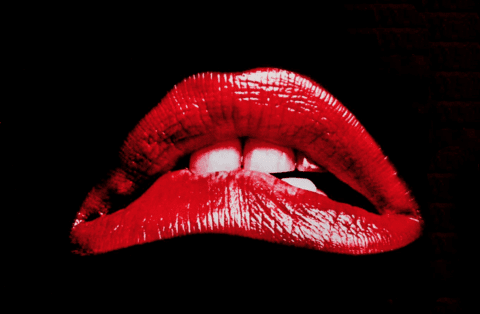 The Rocky Horror Picture Show has had a cult following since the film first reared it’s low-budget head in 1975. My research question is what has attracted such a huge cult following and how has the film retained such a strong fanbase for over forty years, despite it being, objectively, not a very good movie.

Rocky Horror first began in London as a stage performance, written by Richard O’Brien, the leading role of the crazed, Victor Frankenstein-esque doctor filled by Tim Curry. The show eventually moved to Broadway stages in New York and L.A. Rumors of a motion picture based on the stage show began to surface.

The film had an estimated budget of just over one million dollars, which was, and still is, horrendously low. When the film first surfaced at cinemas everywhere, the reviews were horrible, and many screenings of the film were empty, but a strange pattern began to develop; midnight showings of the film were filling up and within five months of the release, the Rocky Horror Midnight Experience was born, some began to show up in costumes of their favorite characters and shout lines at the screen, starting the tradition of added dialogue by the audience, playfully criticizing  the characters and the film itself.

Still, over forty years later, The Rocky Horror Picture Show has become a staple in popular culture. I still remember my first time watching it, and every Halloween since has seen me at midnight, all dressed up, and throwing toast into a crowd. Why has this movie, this low-budget thing, with over-the-top, bad acting, and a terrible story line, stood the test of time, and become known as THE cult classic and the longest running movie in history?