The Risk we Run with Uneducated Teenagers

Home The Risk we Run with Uneducated Teenagers 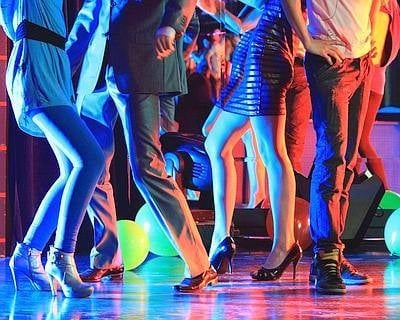 All throughout the United States, the legal age to drink alcohol is 21 years old. But it wasn’t always like that. Up until 1984, the drinking age was 18 years old. Many people today debate about whether or not increasing the age was the right idea. There are those who think that if the legal age to be able to go to war is 18 then you should also be able to have a beer. Yet there are also those who believe that the brain not being developed enough is too problematic for alcohol. The reasoning behind the age restriction being raised was to try and decrease the number of deaths by drunk driving. The worry was especially for teenage drivers. While the number of deaths did decrease, it wasn’t solely because of the drinking age, it was a combination of seatbelt laws and tougher approaches to DUI’s. Teenage drinking has always been a concern because the brain is still developing. Yet the drinking age being out of reach for teenagers hasn’t stopped them.   An article that I recently read on this topic was by Michael Winerip for The New York Times. The article is a quick anecdote of the life of his kids and how being a parent affected his outlook on the minimum drinking age. He talks about how his teens are starting to drink occasionally, and as a parent do you let that happen? He sees the high school situation of drinking to be inevitable but still wants them to be in an environment that is a model for them. He finds teenage teen drinking to be in no way related to the drinking age. Because he states that when he was in high school and the legal drinking age was 18, kids were still doing it. It is more of parents take on teenage drinking and the Nationwide drinking age. Another article that helped me to understand this debate was won by Gabriella Glaser titled Return the Drinking Age to 18 and Enforce It. The article was a look at how the culture of teenage drinking is causing such a big problem for the generation of the future. Binge drinking has become a popular style of consumption for teenagers, and it is believed to be the by-product of the government driving alcohol into the underground teen scene. The reason teens get drunk is that from the beginning of time we have told them no and not to do it. The article asks the question of would this culture decrease if we “took the fun out” of drinking by lowering the age to 18? It also strongly advocates for teaching teenagers about alcohol and having them be educated. It makes a comparison of becoming 21 and being able to drink to turning 16 and being able to drive. You don’t let a teenager get behind the wheel without learning, so we shouldn’t let kids start drinking without learning. Here are my annotated articles on this topic:

Ozzie,
I am interested with your post “ The Risk we Run with Uneducated Teenagers” because I agree with your ideas that teenagers have always been drinking in high school, however when someone is told not to do something they will want to do it more which may be why people under 21 have been drinking in large amounts. I found it interesting that you included a parents point of view on drinking which is something that most teens may not think about. I found it interesting when you said “he states that when he was in high school and the legal drinking age was 18, kids were still doing it. It is more of parents take on teenage drinking and the Nationwide drinking age”. This was an eye opening sentence because it showed that it is a possibility that the rebellion of teens against the law may not be the only reason for teen drinking it could be from a number of other things. Another sentence that I found interesting was “ Binge drinking has become a popular style of consumption for teenagers, and it is believed to be the by-product of the government driving alcohol into the underground teen scene”. This stood out to me because it emphasized that the government trying to limit alcohol may be causing teens to drink in an unhealthy manner. Your post reminds and explains to me the stereotype of the binge drinking teenagers which we often see in movies, however previous to this I could never wrap my head around why someone would do this to themselves but this post has opened my eyes and explained that to me. Thanks for your writing. I look forward to seeing what you write next because it seems like you have ideas that may have been thought by many people, but not discussed. I am sure that these ideas will help me realize things that may have never crossed my mind. Drinking and Driving is also a topic strongly related to teen drinking to find out more about it check out my blog https://fightingdrunkdriving.wordpress.com.

This is a very well written reflection. I love this specific part, “Teenage drinking has always been a concern because the brain is still developing. Yet the drinking age being out of reach for teenagers hasn’t stopped them.” This is very true and has been proven with many other things in life. For example, making abortion legal doesn’t prevent women from getting abortions, and in most cases makes it more dangerous for them. This is similar to drinking age, which you touch on. Kids will find a way to get there hands on alcohol, and you point out that having a higher drinking age might even encourage them to do so through rebellion. I recommend looking over this article to further learn about the drinking age and its effects on children. https://www.verywellmind.com/the-lower-drinking-age-debate-63724

Ozzie,
Your post was a very engaging read. You did a fantastic job at analyzing and presenting varying points of view. I think you raise a very important point when you discuss that education of the consequences of drinking alcohol would prevent more alcohol related accidents. In the United States, I think we have a distorted view of alcohol that promotes alcohol abuse. In most other countries with a lower drinking age, their drinking culture is often healthier and promotes a more responsible use of the product. I think that by educating teenagers about the consequences of alcohol consumption, we could create a culture that would respond more positively to a lower drinking age. Here is a link to an article that discusses possible reasons why we should lower the drinking age: https://www.theodysseyonline.com/6-reasons-drinking-age-lowered
This was a very nice read. Great job!

Your writing was engaging and full of information. Thank you for sharing your opinions on the topic of teenage drinking. I liked when you said, “It makes a comparison of becoming 21 and being able to drink to turning 16 and being able to drive.” This is a great way to consider age-related behaviors and how people can be safe under the law. With both driving and drinking alcohol, it’s important to learn about the action before actually doing it. Your writing perfectly outlined this idea and made it easy to understand. However, I would love to hear more about why the drinking age should not be changed. It would even support your argument by contradicting your main point. Here’s some information on the cons of lowering the drinking age: https://drinkingage.procon.org/

I look forward to hearing more about what you have to say on this topic, and reading more of your writing in general. Thanks Ozzie!

I liked how you provided context surrounding the issue of alcohol consumption and the legal age at which we are allowed to do so. The real world examples provided by the stories of specific individuals helped to support your claim about the changing of the legal age. I deeply agreed with your comparison of the legal driving age at sixteen and having to practice beforehand. I’d like to know more about your personal opinion on the matter, and maybe to include an opposing view as well in your discussion. Check out https://drinkingage.procon.org/ for more information on the opposite side!

Ozzie, I found your input on your articles very intriguing. When you said, “While the number of deaths did decrease, it wasn’t solely because of the drinking age, it was a combination of seatbelt laws and tougher approaches to DUI’s,” I was very interested. Several people, in my personal experience, believe that the higher drinking age does affect the amount of crashes caused by drunk driving, however, it was interesting to see there were other reasons for the decrease in accidents. Furthermore, I found the articles you chose to support your statement were very informative. It was interesting to learn that binge drinking has become popular with young people because of the low drinking age. Several of my friends’ parents believe that social drinking is a skill young people need to learn and as a result of the lack of knowledge on the subject people binge drink. Here is a link to an article I found particularly interesting on the topic of binge drinking when out from under your parents’ roof. https://www.theatlantic.com/magazine/archive/2016/09/how-helicopter-parents-cause-binge-drinking/492722/ Do you think binge drinking is a result of the high legal drinking age, or because teens feel the need to be rebellious? I would love to hear more about this topic if you dig into more research on why kids binge drink and if the legal alcohol age is liked by the majority. Thanks for your input!

This is an interesting take on this controversial idea. It is an issue that many people interact with and have their own opinions about, and you combining your opinion with several other people’s, allowed me to see many different sides of the issue. https://www.healthyplace.com has some more interesting statistics around this particular issue, and might be interesting to you.

I think you chose a really good topic. When you mentioned in the second paragraph that there is no way to entirely prevent it, I think that was a really good point because it is always going to happen, but there can be steps taken to make teens more responsible with it. Here is a link to a page that I think you might find interesting because of the topic you chose: https://pubs.niaaa.nih.gov/publications/arh26-1/5-14.htm

Ozzie, you article is very well informed and you present a contradiction of two different ideas well. Something that caught my attention was when you said “The reason teens get drunk is that from the beginning of time we have told them no and not to do it.” I think that since there is some truth to that, it is alarming that maybe our rules are encouraging rather than protecting against bad behavior. The article I attached is from the Atlantic and I think it agrees with your claim that rules just encourage bad behavior. You might be interested. https://www.theatlantic.com/magazine/archive/2016/09/how-helicopter-parents-cause-binge-drinking/492722/