The Remarkable Journey of an Ironman

Home The Remarkable Journey of an Ironman 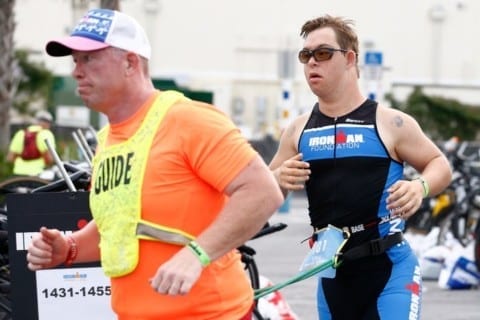 There is this very young individual called Chris Nikic and he was born with a chromosome disorder referred to as down syndrome but that didn’t stop him from accomplishing his dreams. He did struggle quite a lot he changed schools frequently to look for the perfect school for him. It did take him longer to learn these things but he eventually did learn them and persevered. But he eventually found an individual called Dan Grieb who was his trainer he did fall and had a lot of errors but that didn’t make him want to give up on accomplishing his dreams.

Eventually, he had to go to the Ironman triathlon which is one of the most difficult triathlons in the world to prove to himself and his family his development over the years. During the race, he did fall, crash, and got bit by ants. Even though the pain he was going through he just needed a little motivation from his father. and he eventually completed the triathlon in 16 hours and 46 minutes which was what his trainer estimated due to his training. But even though he has a tough disability that didn’t bring him down but it gave him more strength to persevere and follow his dreams.

This is a great example of an individual who didn’t let his disability crush his hopes and dreams. And he wanted to show everyone what he could accomplish. We as individuals are weaker at times because we give up all the time on simple things. And Chris Nikic showed us that anything can be possible only if you believe in yourself and put the effort to accomplish it.

Can a disability give you more courage to go on?