The Progression of American Values

Home The Progression of American Values 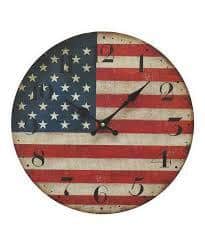 The most important aspect about American beliefs, creeds, or values is that they are constantly changing. Not only will each person’s opinion on the subject vary, but so will the accepted way we think of it over time.

The article “Millennials: Confident. Connected. Open to Change” is all about how the thoughts on American values as a whole are completely different from generation to generation. The current generation values self-expression much more and is,“less religious, less likely to have served in the military, and [is] on track to become the most educated generation in American history” (Pew para 2). It isn’t that past generations didn’t value self-expression and education as well, but the current generation holds them as a higher priority based on events happening today.

These events not only affect our beliefs but also what we work for. There have been stories of people coming to America, chasing the “American dream” for centuries. When people pursue their American dream they expect to gain something in the end. However, as stated in “The Transformation of the ‘American Dream,’” the vision of what that dream looks like has transformed over time, from freedom and equality to possessions and business success. In the future, as society changes, that vision will be replaced with something new.

Just as people’s thoughts on America have changed, so have their perceptions of other people. Sherman Alexie’s autobiographical story “Superman and Me” shows how his accomplishments came to be, even though everyone had negative perceptions of his abilities. He was one of the “Indian children who were expected to be stupid.” But he dismissed their expectations and set his own. By placing his own bar high, he was able to achieve so much, starting with teaching himself to read and write. In chasing his own American dream, he gained his version of success and is now a famous author.

I really enjoyed your article. Your article expressed a new view about American values that I wouldn’t have thought of. I agree with the idea that American culture values, beliefs, and creeds are constantly changing. I like the use of Sherman Alexie’s article as an example and I think it fits well in your essay. Thank you for your post.

I love your article! It really enjoy that you talk about the changes in American values, because many people dislike the idea of change and want things to be the way they always have been, like with the second amendment. I also like that you talk about the specifics of American values changing, like what you said about how the current generation values self expression end education more than in the past. With that, I can really relate to the changes in values affecting what we work for, but I also disagree to a point. For example, I value school a lot, but that doesn’t mean I won’t just procrastinate and watch Grey’s every day. Thank you for your post, I loved it!