The Problem With Parenting Today

Home The Problem With Parenting Today 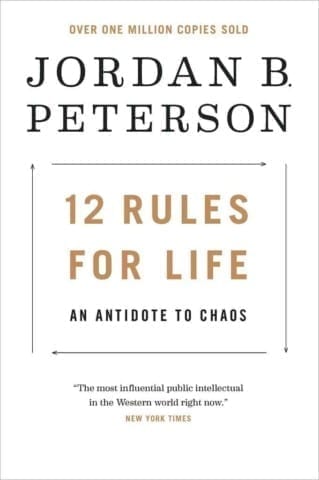 Children in today’s day and age are often told this word all too much, and that word is yes. Jordon Peterson is his book 12 Rules for life provides some personal anecdotes about parents who often do this. On pg.125 he shares a story about when his daughter was at a playground, “She was playing on the monkey bars, hanging mid-air… (a child approached the same age) I watched him move towards her. He slowly and deliberately stepped on her hands, with increasing force … he had already concluded that adults were contemptible and that he could safely defy them.” This is clearly unacceptable behavior for a kid that’s still only a few years old, but how would a child develop such disciplinary issues? The answer is hearing too much yes, Psychology today even has a list for when parents should say no. For example, “Say no when their actions might hurt someone or break something … Say no when it’s a want, not a need … Say no when someone else’s needs (temporarily) matter more” (Kennedy-Moore). Another anecdote I would guess we all share is seeing a child have a meltdown in public. I’m not talking about babies or those who are mentally ill when saying this, instead, I am talking about the children who will thrash kick and scream if they don’t get their way. Now your child may be an angel at home, but society won’t see him that way. In fact, they will see you at fault for your child’s actions. However, I am not saying that you must always say no to children and never let them have fun. In fact, this also can be a bad thing to say no too much, as it will raise sheltered children. A parent has to weigh the pros and cons at that moment with what effect that will have on their child. Don’t simply say yes or no all the time, maybe once in a while give your child that special toy or let them try new things even with a risk of injury, so that when they grow up they can do the same.

So we covered why saying no can be detrimental to a child’s attitude and the ways they impact others. But how can saying no help my child other than stopping them from becoming obnoxious and egotistic? Well, Scott Sonenshein in his article for the New York Times gives an account of his two daughters reactions when he said no, “They called me a bad father and I got plenty of mean looks. But over time, they realized the fun that comes from a no. Now my daughters pretend that their Elsa doll plays with a package of Shopkins, giving both toys a second, and better, life” (Sonenshein). Even if saying no gave your child gave them momentary dissatisfaction it will eventually lead to a well-rounded child.

Degwitz, María Verónica. “Are You Raising Your Kids to Be Part of the #PoorMe Culture?” Aleteia – Catholic Spirituality, Lifestyle, World News, and Culture, Aleteia, 12 Sept. 2018, https://aleteia.org/2018/09/12/are-you-raising-your-kids-to-be-part-of-the-poorme-culture/.

Kennedy-Moore, Eileen. “When and How to Say No to Kids.” Psychology Today, Sussex Publishers, 31 Dec. 2017, www.psychologytoday.com/us/blog/growing-friendships/201712/when-and-how-say-no-kids.

Peterson, Jordan B, and Norman Doidge. 12 Rules for Life: an Antidote to Chaos. Random House Canada, 2018.

Seal, Kathy. “Saying No to Children in a Yes Culture.” Scouting Magazine, https://scoutingmagazine.org/issues/0809/d-famt.html.