The Price of Mental Health: both physical and mental

Home The Price of Mental Health: both physical and mental 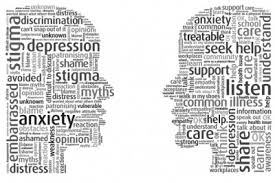 Mental Health is an ongoing issue world wide and even within the Utah community. According to Utah Department of Health, the average total charges per year for ER visits and hospitalizations for suicide attempts was $4.2 million for Utah youth. This number is astonishing due to the fact that more and more people are suffering from a mental illness each year, and many people do not have the money to afford to get the help they need to stay happy, or better yet even alive. An average of 557 Utahns die from suicide and 4,543 Utahns attempt* suicide each year. Youth ages 10 to 17 comprise 13.0% of the Utah population, 5.1% of all suicides,1 and 22.7% of all suicide attempts. And according to KUED.org suicide is the 2nd leading cause of death in ages 15-44. Nine times as many people die by suicide in Utah annually than by homicide; the total deaths to suicide reflect a total of 13,185 years of potential life lost (YPLL) before age 65. I think it’s crazy that someone dies due to suicide every 40 seconds, and so many people’s lives can be impacted.

It is shocking to live in a state that has one of the highest rates of suicide in the country, and I wanted to know more about the United States as a whole with mental health. According to NAMI, the National Alliance of Mental Illness, approximately 1 in 5 adults, about 43.8 million experience some form of mental illness in a given year, and 1 in 25 adults about 9.8 million experiences a serious mental illness in a given year that substantially interferes with or limits one or more major life activities. With kids only 1 in 5 (from ages 13-18) experience a severe mental disorder sometime throughout their childhood. Which means just in America alone serious mental illnesses cost $193.2 billions dollars per year, to help people with their conditions, and or simply stop people from committing suicide by putting them in hospitalization. I also found that for an average person to seek medical help through therapy costs $75-150 per session, which is not an affordable cost, when you come down to think about it. And to add on top, the medications that most people use and the hospitalization visit all add up to an unthinkable amount, which is terrible.

I took a look at the international aspect of this issue, and found an article from the University of Nottingham in Malaysia, and they stated that due to China’s fast economic growth and lifestyle changes, they are experiencing a rapid epidemiological transition from communicable to noncommunicable diseases (NCDs). Mental disorders such as depression is an important yet often neglected NCD and is becoming a growing cause of disability, suicides, and disease burden.” From the basis of the 2012 China family panel studies survey they found “that these mental health conditions have significant impacts on the individual medical expenditure, and they jointly contribute to 14.7% of total personal expected medical spending in China, with depression and depressive symptoms accounting for 6.9% and 7.8%, respectively. Given that patients with mental illness face multiple psychological and institutional barriers in seeking appropriate treatment, the high depression-induced medical costs may be primarily driven by the cost-shifting effect from mental health care to general health care, as mental disorders often coexist with other NCDs such as diabetes and hypertension.” This surprises me because I know a lot of countries tend to ignore mental health issues, and or think that these such things don’t exist, and I find it hard to believe that countries are not putting in more effort to fight this battle, and provide people with the help that they need.

Caleigh,
Wow, these are some extremely shocking statistics. It is so crazy how many people have been affected personally by a mental illness or indirectly affected by a loved one suffering. It is scary to think that this issue is only increasing, not only in our community, but all over the world. It is a very costly thing to go to therapy or for medications, and some insurances do not cover these things. A lot of therapists you have to pay out of pocket which is extremely difficult for some people who really need the help of a therapist. I really love that you have chosen this topic to write about because it hits so close to home for many of us. As you go further into your research, do you think you will look more into the funding and spending on this issue and how it should be adjusted? If you decide to stay on the money aspect I found a website about “paying for care”; it might be helpful http://www.mentalhealthamerica.net/paying-care.

Caleigh-
These statistics are so shocking, and even disapointing. It’s hard to believe that this is going on in our very own community. Like you, I think it’s important we place more of a value on mental health precautions. Here’s an interesting article about this topic https://www.sltrib.com/news/health/2017/11/30/utahs-youth-suicide-rates-growing-at-alarming-pace-new-federal-report-says/