The Price of Being a Woman in Prison

Home The Price of Being a Woman in Prison 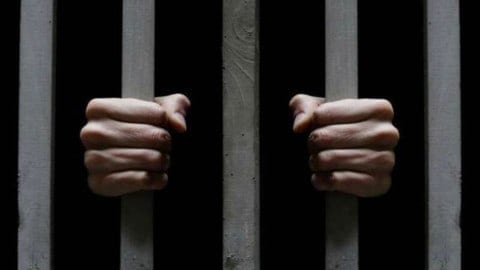 In the United States of America, even the toughest criminals have basic rights protected by our country’s Constitution. The rights of prisoners include the right to humane facilities and conditions, right to be free from sexual crimes, right to be free from racial segregation, right to express condition complaints, and right to medical care and attention as needed, among others. Hearing that these rights exist may be shocking to some because it often seems as though prisoners are not able to express them and that their conditions are very clearly not supported by their rights. Far too many inmates are stripped of these rights or loopholes are found so they receive the absolute minimum. In specific, one of these rights was being violated for women prisoners.

In April 2017, the New York Times produced a story featuring 24-year-old Tara Oldfield Parker, a woman arrested for shoplifting. When arrested, she was on her period and requested a sanitary pad from the officers in her holding cell in Queens, New York. “Sure, they said. But they would need to call an ambulance to get one. After about an hour and a half, they produced a sterile gauze pad, apparently obtained from an ambulance. It was the kind of rectangular gauze used to bandage an arm, with no adhesive” (Greenberg, The New York Times). This is not an uncommon situation for incarcerated females. Although receiving menstrual supplies falls under the right to humane facilities and conditions and the right right to medical care and attention, it is constantly seen as a luxury rather than a basic right.

Prisons can make maintaining a healthy well-being and dignity a monthly struggle. In the New York prisons, women recount that pads were only accessible 70% of the time, and tampons were even harder to come by. Even then, they were only given to certain housing units and certain inmates, depending on their relationship with the officers. This affects not only health and hygiene, but also women’s self-esteem in a situation where their self-esteem cannot take another hit. They are constantly humiliated and start to despise their bodies because they are denied necessary items. Last June, New York passed the first menstrual equity law in America requiring city jails to provide free feminine hygiene products to inmates, but the supplies provided were nowhere near the needed amounts and the law made little difference.

In Arizona, they are in the midst of fighting to protect incarcerated women’s health. Currently, women are automatically given 12 thin pads a month and may possess up to 24 at a time. They also must purchase tampons and additional pads. The average menstruation occurs every 21 to 35 days for five days, and hygiene companies recommend changing pads every four to six hours to avoid infection. In accordance with these statistics and instructions, the average woman would need at least 20 pads or tampons. However, some women must use more than one pad at a time or have a longer or heavier period, which would require more supplies. The American Civil Liberties Union’s (ACLU) clients in Arizona are forced to work 8-hour days with only a thin pad, often bleeding through their clothes and sheets without being allowed to change or bathe for days. The inmates will have to barter and beg for supplies and will only be given thin pads or even just toilet paper by the officers. Sometimes they will be simply denied.

Feminine hygiene products also come at a price for the inmates. In the Arizona prison system, a 16-count of thin pads cost $3.20. A 20-count box of tampons is $3.99. Base pay for prisoners starts at $0.15 an hour, which means a box of pads would require about 21 hours of work, and a box of tampons would require up to 27 hours.

Until women’s menstrual requirements are considered a luxury and not right, they can be taken away and used as a tool of power to humiliate inmates, and this harassment will continue in prisons, jails, and juvenile detention centers nationwide. Despite having the basic rights of prisoners to humane facilities and conditions and right to medical care and attention as needed, incarcerated women are still stripped of these human dignities given to all. Every state needs menstrual equity laws for incarcerated women.

Similar to women in prison not receiving the necessary hygienic products that they need, pads and tampons, women who aren’t incarcerated also have a problem obtaining the menstrual products they need due to the luxury tax placed on them. If you read the blog posts made on, https://luxurytaxaintit.wordpress.com/, you’ll find a lot of information on why the luxury tax needs to be removed from women’ menstrual products. Here my group and I talk about how it is inhuman to make a women pay for being a women.

In addition, similar to women who are incarcerated woman on a daily basis can not afford these products due to the tax and other expenses that they need to pay. We need to fight for the justice of woman’ hygienic needs and make sure that they are as available to women as possible.

Beth, in religion class we learned about the cruelty of the US prison system but they did not focus much on the treatment of women in prisons. its interesting to see the ways in which sexism impact lives even at the most fundamental level. I’m doing my project on drug use and I’m learning all about how unfairly the US prison system targets the poor and minority under the veil of being hard on drugs. the system results in trapping users in a cycle of repeat offenses without ever getting treatment for addiction. heres a site that details the difference between crack Vs. cocaine prison times. https://www.aclu.org/other/cracks-system-20-years-unjust-federal-crack-cocaine-law. thanks for the great post!

Beth, I have to disagree with your claim that people don’t receive these rights, the US prison system mat not be first class seating but it does meet the basic rights. Thats a prisoner gets is the basic rights, they don’t get more thats why it’s prison. If you read, https://www.marketplace.org/2017/05/15/world/how-much-does-it-cost-send-someone-prison, you’ll notice that our tax money is going into our prisons and I don’t think many people are happy they’re paying to keep others locked up. The real problem, I think, we need to address is the hoe people get punished. There are so many problems with unjust punishment, and if we can fix that then we can lower the amount of those in prison, therefore lowers costs on people to help us take care of those who are justly in prison. Can’t wait to hear more from you.