The Power of Language

Home The Power of Language 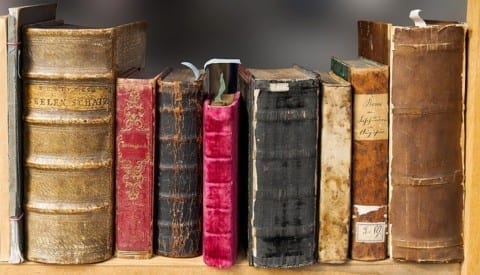 The art and ongoing achievement of language is probably the most beneficial aspect integrated into society. Communication with language is the cornerstone for progress as well. Even animals in our modern world have ways to communicate by language; different species of animals have their own languages as different people have different languages connected to their country or nationality. The power to convey thought, meaning, and information through language is the essential means that humans use for the betterment (hopefully) of humankind.

Language also relates to the arts such as music, painting, dancing, etc. The arts convey feeling, or overlying messages to be received by those who are passionate about the gift of intellect and imagination.

Literature is one of the greatest achievements in the passing of information and stories down to others. You could also say that in addition to literature, paintings are messages passed down to other generations to be studied or admired. Literature is one of the greatest epitome’s of the human mind’s ability to be expressed through writing. This wondrous trait which humans hold strikes me with awe. For example, my friend and I went to Wellers one day—a bookstore in Trolley Square—to browse for some books until, all of a sudden, she mentioned the extravagant ability people endured to have written all these books and knowledge about life. Her statement made my curiosity and love for language even stronger. We would also discuss, on occasion, the time it would take to read every single book in the world but that no one could actually accomplish that task. This thought of limitation scares me because of my desire to learn and to analyze the personalities of people along with their stories—no matter what they are.

While language can have benefits of progress along with the capability to provide the advent of enlightened thought, some use language to lie and to subdue others. Unfortunately, this still happens today, but in a way that is benign to the continuance of culture. However, even if this benignancy is true, the implication that language will never be suppressed or altered by evil for evil, must not be disregarded.

Hello Thomas!
The first thing that came to mind as I read this was a quote by Albus Dumbledore: “Words are, in my not-so-humble opinion, our most inexhaustible source of magic. Capable of both inflicting injury, and remedying it.” I love the concept of language and writing as well. I find it mind-boggling that we can just stare at symbols and they translate in our minds into these grand ideas and stories. It’s truly one of the most incredible things we have done as humans. I additionally love how you’ve taken something so simple and delved deeper into it, finding complexity in a frequently overlooked concept. I think it takes a very sharp and curious mind to identify the wonder in a simple thing such as language and take it to another level.