The Power of Empathy in Building Relationships

Home The Power of Empathy in Building Relationships 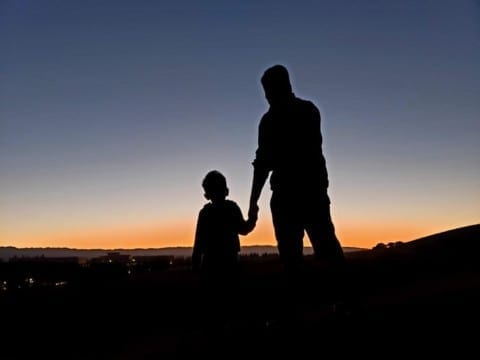 Empathy is a powerful trait that can tear down stereotypes and build relationships that are seemingly impossible to form without understanding the feelings of others.

Ernie Johnson is a respected sports commentator who hosts Turner Sports NBA coverage and “Inside the NBA” on TNT Sports. Ernie and his wife Cheryl are a prime example of displaying empathy having adopted a son named Michael from Romania who was abandoned and had severe disabilities.

The nurse at the orphanage urged Cheryl not to adopt him, but Cheryl said to Ernie, “He’s so much more than we said that we could handle, but I don’t know if I could go the rest of my life wondering what happened to him” (Pease).

Ernie and Cheryl adopted Michael because they saw him for who he was, and they wanted him to be a part of their family. They knew that they could provide him with a better life. Michael had many health issues such as muscular dystrophy, and the doctors said that he would never talk or bond with other people.

Ernie and Cheryl’s family proved the doctors to be wrong by forming empathetic bonds with Michael. Ernie stated, “I’m his dad. I’m his buddy. We just like to do stuff together” (Michelle-Hanson).

Some people told Ernie that if he would have known that Michael had muscular dystrophy, he would have not adopted him. Ernie in reply expressed, “We had adopted Michael not with an eye on what he would become, but for who he was—a neglected, forgotten child who deserved another chance” (Johnson).

Ernie and Cheryl saw Michael as their son who they can share experiences and memories with. They did not see Michael as a burden as others did, but rather as a gift.

I really liked the example you used because it shows the impact of empathy. Ernie and his wife put Michael’s needs in front of theirs in order to give MIchael the life he deserves. They knew they could not leave Michael and allow him to be abandoned. I also agree with you that empathy can tear down stereotypes because when someone has empathy for someone else, they are not making generalizations. Generalizing someone based on their looks or past is ignored when someone shows empathy. Judging someone when meeting them for the first time is not an accurate representation of who the person actually is because they are being judged solely on looks. Instead, one should understand the others point of view and show empathy towards them.