The Power of an Evolving Language

Home The Power of an Evolving Language 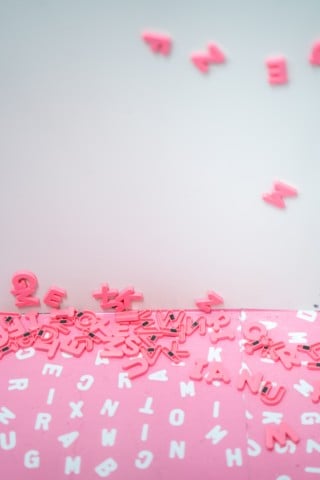 Language is one of the most powerful tools humans obtain, yet it is often the most overlooked. While there are many different ways to correspond, language is the most straightforward form of communication. Although there are multiple languages, they all share the same characteristics to directly express thoughts and feelings, assert confidence, and establish a connection between people. The beauty of this tool is its ability to continuously change to conform to modern society’s needs.

The history of the English language has remarkably evolved to become what it is today. Looking back and at older literature, such as Shakespeare, the language is referred to as “old English.” While the sentences may use the same words, the sentence structure is often quite perplexing o a person fluent in modern-day English. This confusion is because the rules of English have evolved and changed throughout history and time. As NPR reporter Gretchen McCulloch explains it, “The old rules are about using language to demonstrate intellectual superiority, and the new rules are about using language to create a connection between people” (McCulloch). In the present day, we primarily use simple English to communicate with everybody; however, the structure of old English was composed so that only people of the same status could understand each other.

Even though we do not necessarily calculate a person’s status based on their dialect, fragments of old-English are still prevalent under certain conditions. This is where the term code-switching comes into place. In the Ted Talk “To Code Switch or Not to Code Switch?” High School Student Katelynn Duggins defines code-switching as the way you present yourself in certain situations. Although we may not feel the need to always uses a higher diction like in old-English, we often “code-switch” our linguistics depending on our audience. For example, when people talk to their friends, they use slang words because they don’t have to be proper with their peers. In contrast, when a country’s leader addresses their people, they will use large, formal words with proper sentence structure to display their authority and power. When I clock in at my retail job, I code-switch so that my customers feel that they are talking to a mature adult, not a high schooler.

While we often think of code-switching with in-person conversations, one of the most common ways we code-switch is over the internet. With the recent ability to text, tweet, and even Snapchat, people have started abbreviate words or phrases to preserve word count. Although these abbreviates like “lol” or “omg” are messaged over the internet, people don’t use the acronyms in their verbal vocabulary. BBC writer Chris Baraniuk believes that we have not fully adopted the terms because we tend to gravitate towards terminology that isn’t so technical or alien (Baron).

Overall, the power of language has proved to be one of the most important tools humans have. The English language has changed dramatically throughout its existence to remain the best form of communication as society advances. From “old-English” to “modern-English,” language has developed into the beautiful dialect it is today.

Duggins, Katelynn. “To Code Switch or Not to Code Switch? That Is the Question.” TED, Dec.

Maggie,
I liked how you shed light onto this subject. Thought it may seem obvious to some, language is always evolving & ever changing. This is very prevalent when watching old movies, TV shows, or even talking to an elder. I like how you incorporated code-switching into this paper. I never thought about how people code-switch when it comes to the Internet, but it’s very true. This is important because many people may put on a facade on their social media accounts but act completely different in real life.

Maggie,
Your post about the evolution of the English language is interesting because of the intuitive nature of common language used in day to day life. I am particularly intrigued by your comments on code-switching and how you code-switch in your life. I found a magazine article (https://www.yesmagazine.org/opinion/2019/12/17/culture-code-switching/) that highlights how code-switching is embedded in our culture nowadays and how it is sometimes essential to “fit in”. It states that code-switching is done out of habit for concern of how other perceive us, which is an eye-opening statement. I code-switch merely based on which group of friends I am talking to proving how vast the English language is and how different people utilize it on a situation basis. Thank you for taking the time to write about such an intriguing topic and I look forward to other posts!

I am very intrigued by your post, especially because of the clear and informative way you described the power of language and its effect on the modern world. The way you organized your paragraphs, transitioning from old language to new language—new in a more modern sense—was very captivating.

One thing you said that really stood out to me was the sentence, “The beauty of this tool is its ability to continuously change to conform to modern society’s needs.” The continuous, ever-changing nature of language is something that I also think has a certain beauty to it. The concept of a language changing over time as our society changes alongside with it offers a sense of connection.

This idea reminds me of history class, a simple idea, yet it carries a lot of deeper meaning. Similar to historical events, language can also reflect what a certain time period felt, or even influence future events, which is a concept I find really cool. History and language fall hand in hand in a way.

I look forward to reading more of your future works, as your take is really interesting and informative!

I like how you brought up our current language vs old English because although it is the same language there are lots of differences.