The Positive Impact of Law and Order: SVU

Home The Positive Impact of Law and Order: SVU 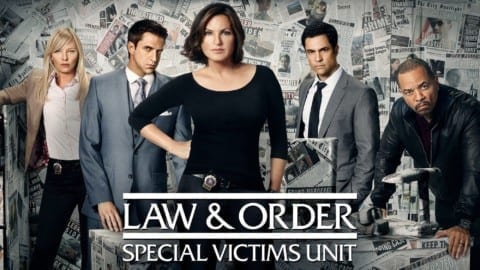 Even if you are not an avid fan of the show Law and Order: SVU, you have probably heard of the show or seen a few episodes as it’s frequently being broadcasted on tv. Throughout the 21 seasons of the show that have aired so far, the demographic of young female fans have surprisingly remained at a constantly high number. The show focuses on New York detectives working in the Special Victims Unit who investigate sex crimes. How has this show managed to maintain such a high number of female viewers when the crimes described in the program are so violent towards women? Although the subject matter is very disturbing at times, Law and Order: SVU has served as an advocate for many individual women and many different causes.

Many people have expressed that they believe the show has become so popular with women because the show focuses on protecting the rights of the victims, which in turn helps “open up a space for processing their own experiences with misogyny and sexual assault” (Smith). It is very easy to feel alone or misunderstood when a woman is sexually assaulted, however, this show offers women advocacy and support when dealing with these rough times in their life. Unfortunately, there are an average of 433,648 rape and sexual assault victims above the age of twelve who are raped or sexually assaulted in the United States each year (“Victims of Sexual Violence: Statistics”). Especially because this number is so large in the United States, I thoroughly believe that this show may help prevent sexual assaults by informing audience members on the matter. It also helps women feel more comfortable about coming forward with their own assault and offers a support system.

The show also has many strong female characters. Although women are typically the victims on the show, there are also strong female characters, such as Lieutenant Olivia Benson and Detective Amanda Rollins, who rise up against abusers and offer support for other women who desperately need help (Smith). These characters show that hardships and struggles do not have to define their lives and that it is possible to overcome any setbacks that come their way. They are strong role models for both the characters in the show and the women watching the show. I think that these strong female characters are another reason that women enjoy the show so much.

As Law and Order: SVU enters its twenty second season, viewers will have an interesting show to watch as well as have a show that offers a strong support system against sexual assault. Law and Order: SVU may seem to simply be a tv show to some people, but to others it is a reminder that they are not alone and can overcome any challenge that comes their way.

Smith, Mariah. “’Law & Order: SVU’ Is a Show About Sex Crimes. Why Do So Many Women Love It?” Google, Google, 2020, www.google.com/amp/s/www.vice.com/amp/en/article/3kxv38/why-do-so-many-women-love-law-and-order-svu.

I am very interested in and excited about your post about the positive effect of Law and Order: SVU. It is one of my favorite shows. Although it can be very gruesome at some points, I agree that it is very informative and helps in the breaking of the stigma around coming forward about sexual assault.
One thing you said that stands out for me is the statistic that “there are an average of 433,648 rape and sexual assault victims above the age of twelve who are raped or sexually assaulted in the United States each year.” I think that bringing up this number helps further your post’s specificity. This statistic also helps emphasize the need for advocacy against sexual assault and shows victims that they are not alone and are always supported.
I also liked the fact that you mentioned a couple of the characters and highlighted their importance not just as detectives solving heinous cases but as role models for other characters and members of the audience, and I agree that Lt. Benson and Detective Rollins perfectly embody perseverance and determination.
Thank you for your post! I look forward to see what you write in the future because I was intrigued by your use of a popular TV show and statistics to uphold the ideas of advocation, support systems, persistence, and overcoming life’s challenges.