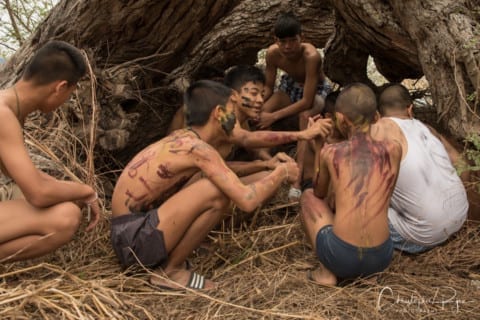 But by the beginning of the book has begun to transform into the archetypal enemy. I say this because jack and the other boys don’t like Ralph as a leader so they divide and make their own group.

Ralph is no longer the the leader of the kids because jack and the other kids Hate him and try to kill him.

A reader will recognize that the turning point for Ralph comes when they kill piggy on puporse.