The Pay Gap Between Men and Women

Home The Pay Gap Between Men and Women 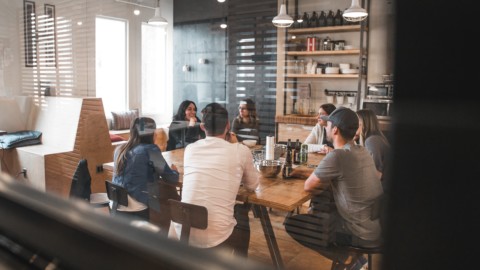 Women have recently sought higher education and have been pursuing longer hours at work, yet they continue to be paid less than men. Men continue to make more than women, especially women of differing races or ethnicities.

This is not due to women working less or not as hard as men, rather it is because of gender stereotypes and how people think women are not as successful as men. In 2018, the most recent Census Bureau data showed that the average woman makes 82 cents for every dollar a man makes (Bleiweis). This is due to the job industry funneling women into jobs based on gender norms. Jobs that are considered “women’s jobs,” tend to be focused on the hospitality of others such as home health aides and child care workers and these types of jobs most often offer lower pay and fewer benefits than “men’s jobs.”

This gap between the pay of men and women becomes even larger when race is taken into consideration as well as gender identity, sexual orientation, and disability status. This difference is mainly seen in workplaces that discourage the discussion of wages because the person in the highest position can make wages as low as they want without retaliation.

Women of color make a little more than half of the median annual pay of the average white male in the workplace (leanin.org). A woman of higher education working the same job as a male decreases this gap, but will not diminish it. These gaps represent the consequences of sexism and white supremacy specifically in the United States and how the United States continues to devalue the work of women of color.

Dear Julia, I agree that there is a great issue that there is even a pay gap jus based on gender. It is sad to say that this is a reality and the country fails to realize this and fix the situation. This is a conversation that more people need to talk about and be taken seriously. When you wrote “These are the consequences of sexism and white supremacy specifically in the United States” i couldn’t agree more. That was a valid point and it is only right to stop stereotypes over women in the workforce and race should never affect your salary that is completely unfair.

Dear Julia,
I think your post explains very well the pay gap between women and men. I completely agree with everything you discussed has I have seen this pay gap in present times in many cases in which women are paid less. “Women of color make a little more than half of the median annual pay of the average white male in the workplace.” This specific quote focuses the light on not only gender but also race. Women minorities suffer the most in workplaces as their pay isn’t as great compared to their male counterparts. Inequality continues in the workplace, and I believe it’s very important to talk about it. I liked your posting and look forward to more.