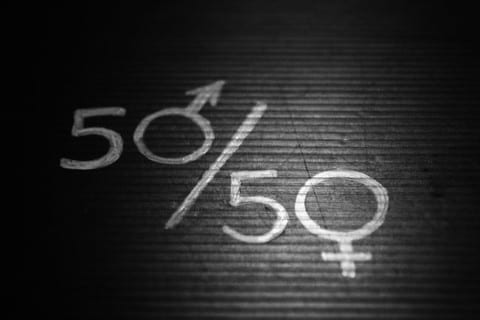 Gender equality is at the forefront of national debates as politicians argue over how to go about creating equal pay and whether or not equal pay is really necessary. Proponents of equal pay claim that equal pay is a fundamental right and that equal pay ensures that women are likely to branch into all fields, not just the fields that are “for women.” Opponents of equal pay often claim that women are inherently less worthy than men or that paying men and women the same would lead to downturns in the economy. Regardless of what side a person falls on, it is hard to deny that, right now, pay is unequal along gender lines.

The gender wage gap, according to CNN, is now at 79%. This means that, on average, for every dollar a man makes, a woman only makes 79￠. While this statistic is still far from the goal of equal pay, it represents an improvement from the 59% that women were making in 1964. Race also affects how much women are paid. African American women only make 63% of what white men make. Education level is another factor that affects how much a woman’s salary will be in comparison to a man’s. As education level increases, so does the wage gap. Women with advanced degrees only make about 74% of what men make. Additionally, age plays a role in the wage gap. Older women (ages 55-64) also make only about 74% of what men the same age make. Finally, where women live also affects how large the wage gap will be. In New York, for example, women make about 87% of what men make. But in Louisiana, women only make 65% of what men make. Hence, when equal pay finally comes for white, moderately educated, middle-aged women who live in New York; it may still be far off for African American women who are highly educated, older, and live in Louisiana.

The wage gap also depends on what profession women work in. In the world of sports, the wage gap is massive. Among the 100 most paid athletes in the world, there is only one woman: Serena Williams comes in 51st. Many say that this statistic is because the public enjoys watching men’s sports more and hence there is simply more money involved. However, even if leagues and tournaments commit to equal pay, as the Grand Slams did in 2007, the wage gap persists as men get more money in sponsorship deals than women.

While sports may be the most unequal profession in terms of the wage gap, there are many other professions that suffer royally as well. Female financial advisors make only about 58% of what male financial advisors do. This massive wage gap extends to many jobs that involve money or technology. Commodity traders, real estate agents, credit counselors, and more all have wage gaps that leave women making under 70% of what their male counterparts make. However, there are some other jobs where women and men are essentially equal in terms of salaries. Jobs that involve caring for others such as nurses, counselors, or special education teachers have wage gaps that leave women making 99% to 96% of what men in the same professions make. This minuscule wage gap often leads women to choose these professions in an attempt to be paid fairly.

This has led many experts to advise S.T.E.M professions to require equal pay. In this way, S.T.E.M professions can encourage women to start careers in new professions which will give these professions new perspectives that could lead to breakthroughs. But for those people who genuinely believe that women are inherently less worthy than men, data will not change their minds. If we as a society decide that equal pay is necessary for societal progress, legislation must be passed so that equal pay is not an option but an obligation. Otherwise, equal pay may never come.

These articles helped me to become informed on the topic.