The Origins of Language

Home The Origins of Language 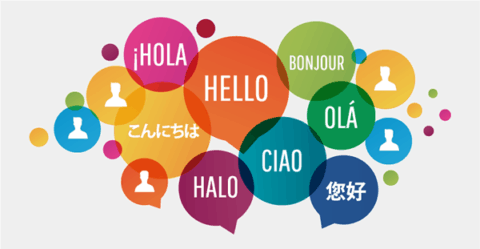 No one really knows when language first evolved and how. It has always been an important part in history and in civilizations of the past, but how it first came about is still a mystery. The document “Scientists Learn More about the Evolution and Acquisition of Human Language” from the Gale database further explores the theories about language acquisition and learning throughout history.

One example is the belief that there is an “original” or “true” language. Some Pharaohs, Kings, and Holy Roman Emperors conducted experiments to prove this, such as isolating children in the hopes that their first word would reveal this “original language”. None were successful. Another theory is that language is a human invention, started by humans vocalizing sounds they heard around them. With the arrival of Charles Darwin and his theory of evolution came the theory that language evolved through time, from our non-linguistic ancestors to language as we know it today. Recent studies have looked at early fossils and looked at how our mouths and throats have evolved to facilitate language. Scientists have concluded that we would not have evolved this way if our brain was not able to comprehend language.

After all these theories, there is one that this article explores that seems to have the most scientific proof: Chomsky’s theory of language acquisition. He “suggested that children are born with the ability to understand the formal principles of grammatical structure”. To accompany this he proposed that children are born with a “language acquisition device”. In other words, Chomsky was saying that babies are born with some knowledge about language and general grammatical rules, they just master the language with practice and experience. Babies need experience and constant human interaction to match meanings to words. According to this document, “it appears that innate brain wiring plus experience and practice equal language knowledge and ability” (innate brain wiring + experience + practice = language knowledge and ability).

How do we learn a second or third language? There are surely many ways, but one specific way I will be looking at is bilingual education. In the document titled “Bilingual education”, it discusses how it has become of increasing important to help accommodate the immigrants coming from foreign countries in their school. In order to do this, more bilingual programs are being offered. These programs teach new materials in the students’ mother tongue so that they can understand, but also integrating some instructions on how to understand the target language of the country. One example that the article mentioned is “language programs in Canada”. It talks about how many schools in Canada try to teach their students both French and English, which is very interesting for me since I learned to master French and English in Canada.

Amani, I thought your paper flowed very well and helped the reader understand the source you referred to. I found Chomsky’s Theory of Language Acquisition incredibly intriguing. I think it is very important to further research this topic for your paper. Similarly, I think it is great that you are discussing bilingual education. Knowing multiple languages is a necessity in this day in age and I would love to hear more about it. Here is an article you might find interesting https://www.theedadvocate.org/bilingual-education-5-reasons-it-should-be-required/. It just discusses how bilingual education progresses differently at different ages and for different people. Overall great job!
-Anna Drossos