The Oppression of Freedom

Home The Oppression of Freedom 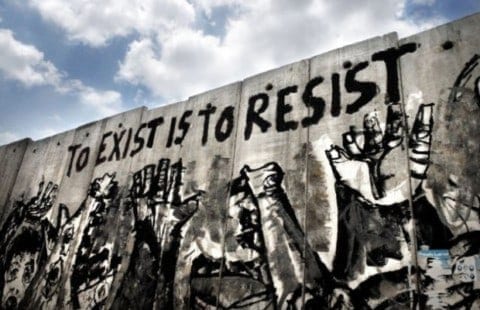 All the Light We Cannot See by Anthony Doerr tells the story of how life was during WWII and told the life of a blind French girl, Marie-Laure, and a smart German boy, Werner. The book illustrated vivid pictures and described the struggle that real people experienced in this discriminative war against the Jewish people.  The story of Werner showed the desperation the German people were tackled and showed why the German people were so adamant to follow Hitler and his racist approach to society. As the story progressed, it showed the pain that Werner felt towards following the orders of Hitler. His relationship with Marie-Laure showed Werner’s sympathy and how he was forced to fight as a Nazi. During WWII, although the Jewish people were the majority that had their rights and freedom taken away, the German people had no other choice but to follow Hitler’s approach to improving the economy. Many people blamed the whole German population, but the only people who had the freedom to choose to do this unforgettable insurrection against society were Hitler and his fellow advisors and commanders. All the Light We Cannot See portrayed all the perspectives, with many overlooked by the majority, of the people involved in WWII and showed the trials that everyone went through, not just the Jewish people although they had to endure discrimination.

Similar to Nazi Germany, America, during slavery and the Jim Crow Laws involved the bigotry towards a certain minority group. Many countries looked up to America and wanted to follow what they did. When America revolted against the British to gain their independence, the bravery of the Americans encouraged the French citizens to overthrow their corrupt government. But America, like every other country, has its faults. “‘America had, by a wide margin, the harshest law of this kind,’ Whitman says. ‘In particular, some of the state laws threatened severe criminal punishment for interracial marriage. That was something radical Nazis were very eager to do in Germany as well (Little).’” You can see that, like many other countries, Nazi Germany looked to America as a role model to base the Nuremberg Laws off of. The Nazis knew that the Jim Crow Laws took it too far and even said: “that American racial classification law was much harsher than anything the Nazis themselves were willing to introduce in Germany (Little).” With many countries that look up to America, it can cause good and bad situations depending on how they use our experience as the land of the free.

Today we still struggle with having an equal opportunity for everyone because of the trauma of the past. According to Daina Ramey Berry, many people believe that slavery occurred a long time ago, but it has only been two or three generations since that time. Ideas and concepts that were acceptable before are not morally and ethically acceptable today. People prefer to choose the easiest way out of hard situations. To fix the past, the majority want to forget it, but this way has many flaws. It can leave people hurt, especially the one who tries to forget. It can be arduous to learn about these times of inequality, but the way to fix societal ideas is to understand where these racist remarks uprooted. Berry explains “they were bought and sold just like we sell cars and cattle today. They were gifted, deeded and mortgaged the same way we sell houses today. They were itemized and insured the same way we manage our assets and protect our valuables (Berry).” Life as an African-American has been significantly influenced by racist deeds such as slavery and the Jim Crow Laws. Europeans created slavery to assist the efficiency of the production of goods, but it is not morally and ethically right to force people to work and punish them if they revolt. Many ideas were deemed as acceptable in the past, but as times change, peoples’ ideals also fluctuate.

In conclusion, freedom is one of the most important values that Americans take for granted and cannot live without. Our ancestors struggled with the problems of not having the same rights that we have today. But our society is not equal and has some groups of people favored rather than others. Everyone should help contribute to the problem we have because the only way to improve is to collaborate and build a better future together. A better future is created by learning from and fixing the mistakes of the past. The future lies ahead, waiting for us as a whole to progress and fix our mistakes.

Hi Nico. Thank you for writing this great piece about the role of equality throughout history in society. You bring up some very good examples of oppression, such as the one faced by the Jewish people during World War II. I found this website that gives a third instance of this here: https://www.history.com/topics/native-american-history/trail-of-tears.