The Opioid Epidemic: How Bad is it Really and How do we Solve it?

Home The Opioid Epidemic: How Bad is it Really and How do we Solve it? 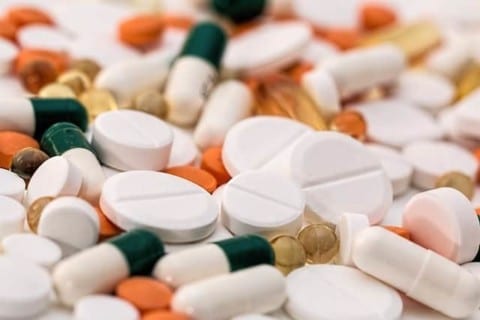 If you’ve been on the news recently and been able to get past the news about Trump’s administration and all of the sexual assault allegations, you’ve probably heard that the US is facing an Opioid crisis. With all of the crazy news that is going on, the Opioid crisis is commonly overlooked.

When I think of “overdosing on drugs”, I think of a rock star in a bathroom passed out with a needle in his arm, but shockingly, this effects all types of people, and was actually started as an exploitation of people with chronic pain by pharmaceutical companies. In 1996, Oxycontin was put onto the market. Patients immediately became addicted and abused these prescribed drugs. When Oxy became harder to get prescribed with and more expensive, people started turning to something that would be a little easier to use: heroin. Because of doctors recklessly prescribing dangerous Opioids, patients have turned to heroin addicts.

In 2016, a new drug took over the Opioid world: Fentanyl. The 2016 data shows that Fentanyl overdoses were higher than both heroin and prescription overdoses combined.

Fentanyl is a very big problem in the US and just because it doesn’t get as much media coverage as other problems happening in our world, it doesn’t mean that we shouldn’t be paying close attention to it. Luckily, there is a solution in sight. People are already addicted to Opioids, and I will address how to fix that later on, but we need to focus on how to prevent the next generation of potential drug abusers by only prescribing these drugs only if absolutely necessary. When I got my wisdom teeth out, they handed me a prescription for Percocet like it was no big deal, not to mention the large amount of pills that came in the prescription. I thought to myself how dangerous this would be if I was a person who had addictive behavior. The second thing we need to do is make addiction centers easily accessible. For those who are addicted, it is necessary that addiction help is more accessible than the drugs itself. Another thing that is being looked into and researched is prescription heroin, so that those who are already addicted and are going to do heroin regardless can take safe and government regulated doses to reduce the amounts of overdoses and death. Finally, we need to address and take care of what leads to drug addiction. Many things lead to addiction, but the most prominent is isolation, anxiety, and depression. If we create a better system to treat these mental disorders, there would be a decrease in addiction.

In conclusion, there is an end in sight and a clear path to end the Opioid crisis, but it is under-researched and under-funded. The Opioid crisis is a direct relationship to other problems happening in the US, companies exploiting vunerable people to buy their product, abusing prescription drugs to escape their world of depair, and the government turning a blind eye to problems because it would be too expensive to solve. The Opioid crisis is a very big problem in the US and we need to be paying close attention to it.

The opioid problem in America is a horrible issue that I, too, agree needs to be more recognized. I love how you pulled in factual evidence to make your argument stronger, and how you closed your essay addressing the problem, but also with a sense of hope for the cause. I can tell that you put time in what you wrote, and your piece is very persuasive. This really hit home especially since Utah has one of the highest rates of opioid overdose/usage. I, personally, know many people who struggle or have struggled with this issue, and I am happy someone took time to address the situation. (:

Zoe, this was a very insightful essay, and I think the topic is very relevant in today’s world. It is very interesting to hear that doctors caused one of the largest growing problems in America today. I think you’ve listed some very viable solutions. The hard thing will be implementing them and fixing a system that has been broken for a long time. I am curious to know what demographic of people is most effected by this crisis. Is it teens? Young adults? Older generations? The homeless? I think you could write a very good essay comparing the effects and statistics comparing these groups of people and how opioids effect their livelihood.
Tess

This piece is fantastic for highlighting this problem. I really appreciate that you are trying to raise the issue into the light a little bit, because I completely agree that it is totally overlooked. It is particularly striking when you say “they handed me a prescription for Percocet like it was no big deal, not to mention the large amount of pills that came in the prescription.” My mom is a pharmacist, and she talks about this issue all the time. A big problem is that the drug experts, pharmacists, cannot alter prescriptions in any way, so they must fill the prescription the doctor writes for a patient unless they want to delay the patient receiving the drugs and scheduling an appointment with the doctors, which makes the patient mad, and in some cases, makes them suffer, since they are often truly in pain and need the drugs. This means that a doctor is simply allowed to give anyone with a toothache opioids, and do just that far too often. Opioids are getting easier and easier to get for the average joe, but harder and harder to get for the addicted. It’s a vicious cycle, and Fentanyl was a sharpened knife. It’s a terrifying drug, and it’s ridiculously easy to obtain. Check out this article about how a couple were found with enough Fentanyl to wipe out New York City: https://www.nbcnewyork.com/news/local/Fentanyl-Bust-Heroin-NYC-Biggest-Ever-445568863.html

Thank you again for addressing this issue.

Dear Zoe, I agree with you and think that this is a serious issue that claims many lives that people are just overlooking. My dad is a doctor and has mentioned that he doesn’t think medication (especially opioids) should be used unless it is completly necessary. Opioids are extremely addicting to all people and it starts from a legal prescription most of the time. I think that if people knew more about the dangerous effects of opioids they may not take them as often or carelessly, even if they are prescribed. Overall you are right because there is alot that we could do about it but most of the efforts are underfunded and uneffective so i think people will have to take personal initiative. There are lots of articles saying that legalization of pot is a way to help with this crisis

Check out this article if you want to know more about that:
http://www.rollingstone.com/culture/news/medical-pot-is-our-best-hope-to-fight-the-opioid-epidemic-w513653

I found your post year interesting and insightful. I agree with you that the opioid epidemic and the drug crisis are real problems and we should be working towards a solution. There are a lot of different informational videos and articles to delve deeper into this topic, and I think you would find them interesting!

Also you should check out Macklemore’s song called “Drug Dealer”. It talks all about the abuse of pharmaceuticals and the problem with big drug agencies distributing these addictive drugs!

Hi Zoe! your post was very informational and interesting to me because it taught me a lot about the opioid epidemic. I never knew how big of a role Fentanyl played in addiction. Your point about prescription drugs being easily accessible was relatable because I had plenty of extra pills left over from my surgery that would be dangerous if I or someone in my family wanted them. Your solutions were also very practicable and would not take multiple generations to implement them. I can’t wait to read your next post!