The One Way Trip To Our New World

Home The One Way Trip To Our New World 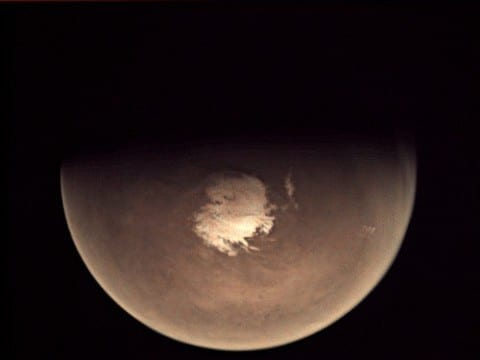 The mars mission according to this article cannot be done without unmanned missions to collect data and give scientist information. If it is possible if man can survive in the environment or what equipment needs to be made for the astronauts to survive. Scientist even said “The long-term goal of human exploration, many preliminary unmanned (robotic) missions are needed to address questions and engineering issues.” The Americans are not the only ones attempting this mission. Russia hopes to build a megawatt nuclear reactor that will get the Russians to Mars by 2021. Though if this mission wants to become a reality, one may have to sacrifice their life all for the sake of the country’s economy. The ultimate goal for scientist was to find the best way to get the astronauts home safely, that was the most important part of each mission. Scientist now say that the only way to save money is to make it a one way trip. Scientist even said, “ if you’re going to do a round trip and going to spend a considerable amount of time on the Red Planet, the whole thing is going to be a, you know, two, maybe even three-year project. You might as well stay.”

From 1939 to 2016 the population of the world has grown from 2.2 billion to over 7.3 billion. About ⅓ of the bird population has been wiped out, and the fish have increasingly been diminishing, bringing a great concern for the future of this planet. Scientist suggest that 50 percent of the world’s land and sea will be set aside as the human population is expected to exceed 10 billion in the future to come. Calling for a demand of more land, deforestation, more cities, and this increasing population growth may complement the demand for a new world. The doomsday clock is the closest it has ever been since 1954, with the newly elected President Trump. If 1954 looks familiar to you, it should, this was during the cold war. The doomsday clock was a 2 minutes before midnight because of how close the U.S and the Soviets were to breaking out in a nuclear war. Today the doomsday clock is set to 2 ½ minutes before midnight, saying that a nuclear war is likely to break out because of how Trump has approached many issues, and our relationship between many countries. Lawrence Krauss of the board of the Bulletin of Atomic Scientists stated, “ When it comes to nuclear weapons, in the last year, there’s been a lot of saber-rattling, in particular a lot of irresponsible statements from the new president of the United States, but equally vitriolic statements, in some sense, by the president of Russia as well.” The modern day arm race began when the Soviet Union dropped their first hydrogen bomb. Yet, the clock is at its closest since then, and people should be concerned, especially our political leaders. Later in the interview Krauss said, “we try not to respond to individual events. We try and take a global view. And so the Cuban Missile Crisis, the group at that time felt that their concerns about nuclear weapons were existing before that and they didn’t want to move it in response to a crisis that had passed.” We hope that here soon the doomsday clock will move back to the right direction. What does this say about the future though? Are world leaders willing to go to such drastic measures to the point that they will wipe out the human race? Lets hope it is not any time soon, and Mars is at least another option for us citizens that are so vulnerable. Sam, your research is very interesting. It’s crazy to think that a few generations from now we could be living on another planet. If we made it to Mars how do you think we’d find/cultivate the resources we need to survive? It will be interesting to see where your research takes you. Good job!