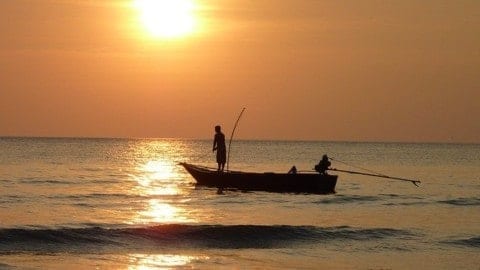 In the fourth section of The Old Man and the Sea, the old man was trying to catch a heavy and sharp fish, but the fish kept circling slowly and the old man was wet with sweat and tired deep into his bones two hours later. But as the fish keep circling the circle is getting shorter. The old man had been seeing black dots for hours because the fish was moving too much.

The fourth sections of The Old Man In The Sea  by Ernest Hemingway might leave a reader feeling confused  because if the fish is sharp and heavy why would the old man still want to capture the fish. The old man doesn’t have the strength he had has a teenager and also the fish kept circling but the old man will still not give up. An example of this is on page 87.  “The fish kept on circling slowly and the old man was wet with sweat and tired deep into his bones two hours later. But the circle were much shorter now and from the way the line slanted he could tell the fish had risen steadily while he swam.” This is courage because the Old Man was not thinking about giving up at all because that’s what he does for a living and he has been doing it for many years.

After this part of the book, most readers probably will be looking forward to reading the rest of this book because the old man has been fishing for too many years so it will be hard for him to stop so people will want to know if the old man is going to be forced by others to stop fishing. What’s probably going to happen next is probably someone from the old man family might decide to help him fish or fish for him.