The NFL and Politics

Home The NFL and Politics 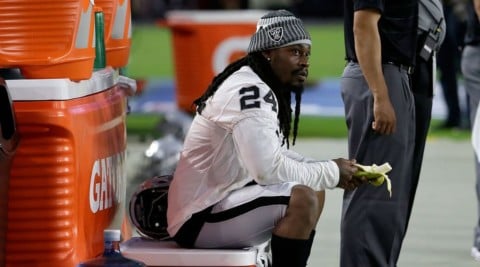 The sports world has always stayed away from politics and create a free environment. In the past few years, many players, notably NFL players, have been sitting, kneeling or standing together during the National Anthem. Colin Kaepernick, despite his decent play at the quarterback position, is out of a job due to his political stance. Colin Kaepernick, Michael Bennet, Marshawn Lynch and many other players are protesting the National Anthem due to many reasons like police treatment of minorities. Michael Bennet was recently arrested for running away from gun shots, even though he was doing what everyone else was doing. These “Anthem Protests” have sparked a lot of controversy in the NFL and I think what these players are doing is bringing attention to a big situation with their position of power. What they are doing is harmless but is shining a lot of light onto problems within America.