The New President of the United States of America: Donald J. Trump!

Home The New President of the United States of America: Donald J. Trump! 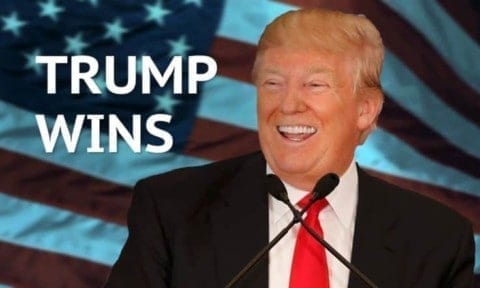 My reactions when I heard that Donald Trump was the new president of the United States: unexcited. The whole time during the election, I couldn’t choose between Trump and Clinton. Although Donald Trump had the better proposals and ideas, Clinton had more experience holding a government position. Now that Donald Trump has won the election, I can only hope that he does what he has said during the election. This includes: bettering trade policies with China, focusing on illegal immigrants, and creating more jobs in America by making it easier to do business in America.

I also hope that Donald Trump will do his best to prepare America for the next president, too. By this, I mean create long-lasting relationships with other countries so that even if the next president is trash, America will still be as powerful as now. For example, if Donald Trump can create relationships with Russia and China (2nd and 3rd strongest countries), these three countries can rule over the others and lead to more benefits for America. However, these are only my thoughts on Donald Trump being President. He seems like the person that can get allow with Putin.

I found your article very interesting, “The New President of the United States of America: Donald J. Trump!,” because it allowed me to open to new ideas. Even though there are things that worry me about our new president, I have to find ways to be optimistic.

One sentence you wrote that stands out for me is: “Although Donald Trump had the better proposals and ideas, Clinton had more experience holding a government position.” I don’t necessarily agree with this statement. I found Trump’s ideas quite preposterous. However, it is a matter of opinion.

I have different hopes now that Trump is our next president. I hope that he finds a way to help the people as much as he can help our country. Though I am in agreement with your article I am very disappointed in the results and hope to see a good change in this country.

Thanks for your writing. I look forward to seeing what you write next, because I am interested by other people’s view and opinions. I found it helpful to see you point of view on the results and the future.

I agree Wayne that during the debate I couldn’t choose either or. The whole time in the debate I couldn’t decide, because in my opinion both presidents are not the best. One is called a lier and one is called a racist. Hopefully as you say Wayne Donald does do what he said on his election but not all of what he said. Like for example, building a wall, taking Obama care, etc. He shouldn’t do everything he said because some people need help and he wants to take that away. Now Donald is president and there’s nothing we can do, but to respect the fact he is president. But good job on your post Wayne keep it up.