The Need for Free College Education 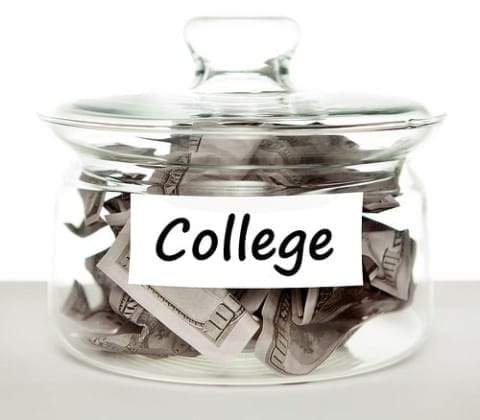 I believe that people deserve to get the education that they want to help further themselves. Getting the proper education seems to be getting more and more important, it’s something that has always been important in a family. Now the college enrollment rates have actually decreased, even with the pressure that a further education will get you a better paying job. Many young people are starting to get discouraged about continuing school outside of high school, due to the college cost mainly,  when college really should be free.

College costs are far too high, many students come from poor families and can’t even afford the tuition. That ultimately discourages people from even enrolling because they worry about even having the money for tuition, even with the financial support, and it saddens me because far too many people aren’t going through college due to the cost.

Yes, it’s easy to just think, well can’t they just get financial aid? Actually, a lot of students don’t apply to any selective colleges, even though they’d most likely give them financial aid, and that’s mainly because they underestimate themselves, and because some come from poor high schools they don’t get enough support and help from there to get them further

The percentage of students leaving with a huge debt of student loans is increasing as the years go on, causing students to struggle under all that weight and that’s affecting young Americans’ future incomes. We need a serious policy reform, Maybe increasing taxes for the rich could actually solve this problem.

I get that it’s hard finding a solution that benefits all, but New York seems to be jumping ahead with free college tuition for a four-year college. This benefits students who go straight from high school to college and earn their degrees at the right time. There are certain qualifications of course which require that they attend school full-time, and need to be on track to graduate either the two or four years. The only problem with this is that most low-income students go to school part-time, or would have to, so some wouldn’t be eligible for this. It is just the beginning, and I think that it’ll be worked out throughout the years to benefit a bigger group of low-income students.

With New York jumping ahead and starting a free tuition for people that qualify, I think colleges across the country will start too. I’m glad new steps are being taken for a better college future, and hopefully, more states jump on board.

Jasmine,
College tuition has been on my mind a lot with being a junior. My family is not poor by no means, but I will have to look for scholarships to be able to go where I want. I was very interested in your information about New York starting free tuition and I wish more colleges did that. In a french class I took we learned about colleges there and they are free. The students have to pay for their boarding, food, and utilities, but their college is free. It still is quite expensive, however it is a bit more manageable. Being able to go where I want without having to worry about putting my family in a tough financial situation would be my dream, however the best I can do is look for scholarships.

Hi Jasmine,
I totally agree that college should be free because education is how the world operates in oder to do jobs. It is hard to pay for college because the costs are extremely outrageous and should be something that should addressed all over the world. If college costs are reduced or eliminated the world will start to become disorganized people aren’t able to get the education they need to fulfill jobs in society.

Jasmine,
I completely agree with what you are saying in this post. Especially as a Junior, I am thinking more and more about college and of course how I am going to pay for it. I think education should be a right that anyone can attain if they want t.