The Moon and It’s Slow Disappearance 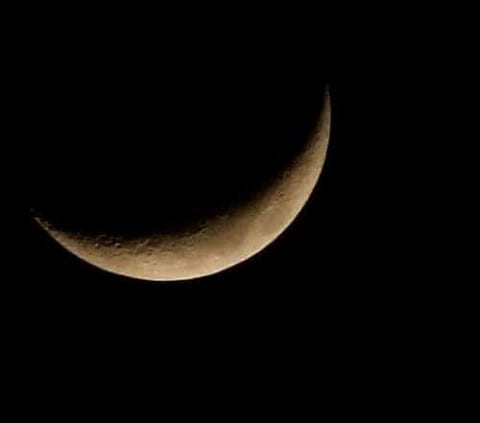 Having curiosity of how the world would belike  if the moon disappeared, I read various articles about moon disappearance-some hypothetical and probable theories that could happen based on current events.  Dr. Maggie Aderon-Pocock wrote in a BBC article  “The Moon continues to spin away from the Earth, at the rate of 3.78cm (1.48in) per year, at about the same speed at which our fingernails grow.   Without the Moon, the Earth could slow down enough to become unstable, but this would take billions of years and it may never happen at all.  The migration of the Moon away from the Earth is mainly due to the action of the Earth’s tides”.   Without the moon, We would have less substantial high and low tides without the Moon. However, there would still be tides, because the Sun also has a tidal effect, although it only amounts to about half that of the Moon, explains Kaare Aksnes, professor emeritus at the Institute for Theoretical Astrophysics at the University of Oslo, in addition this we would have shorter work days and the Earth’s axis will tilt rearranging the Earth so that the Congo would end up at the North Pole.