The Monkey and the Dolphin (Remixed)

Home The Monkey and the Dolphin (Remixed) 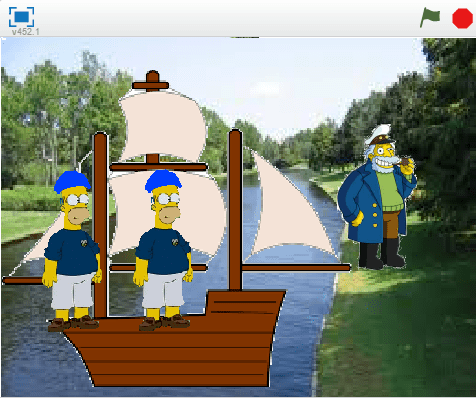 This post is for sharing a story that I created as an animation based off one of Aesop’s stories. In the tale, a Monkey goes out to sea with a sailor, but ends up getting shipwrecked during a violent storm. As the Monkey cries out for help, a Dolphin comes and, thinking it was a man, comes to the Monkey’s help. The Monkey thanks him, asking what he can do to repay back the Dolphin’s kindness. The Dolphin asks what city the Monkey’s from. The Monkey, lying, says that he is from Athens. So, the Dolphin asks a question about Athens, but the Monkey answered incorrectly, so he ends up drowning. I made an alternate ending about this story, where the Monkey still lies, but he does it smartly, so he can live and go back to dry land. Here’s my animation:

Before I could start making my animation, I had to go through some basic steps for making this. First, I had to choose a classic fairy tale, folk tale, legends, and other tales. I decided to go with this ancient tale by Aesop. Then, I had to make an alternate ending, story-wise. Then, I turned all acts and endings of the into scripts, like movies. After that process, I had to create storyboards so that I could see how the scenes looked like. After that, I worked on my animation and debugged along the way, and it was finally ready.

Here is the link below for my script:

Here are the pictures from my storyboards: