The Monkey and the Crocodile– Remixed

Home The Monkey and the Crocodile– Remixed 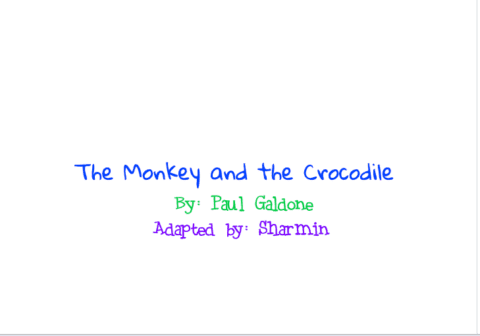 I recently read a folktale called, The Monkey and the Crocodile. It involves a monkey who befriends a crocodile by giving him mangoes. However, the greediness and evil wife of the crocodile, almost got the monkey killed. Even though the crocodile is much stronger and dangerous than the monkey, he escapes unharmed because of his ingenious plan. The moral was, staying calm and cautious can help you out of any situation. This story also inspired me to make my own remixed version of the story with an alternate ending.

This is a link to my finial script 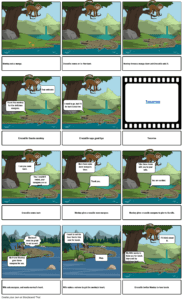 Finally, I animated of my story. I used Scratch to make my characters come to life. My animation is also interactive, and the viewer can choose which ending they want. I had fun making this animation, even though it was hard work.