The Misconceptions of Illegal Immigration

Home The Misconceptions of Illegal Immigration 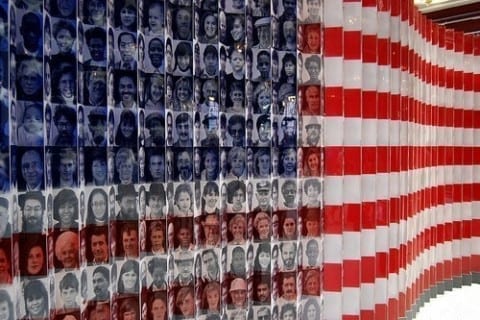 In my recent research for my topic on whether or not illegal immigration benefits society, I found a few articles on the viewpoint of how illegal immigration is and has been beneficial to the United States and it’s society. One of the articles talked about how “dreamers” those enrolled under DACA are Americans. Many people believe those under DACA should not be protected under this service and are not beneficial to society, even though those under this program did not choose to come here illegally as children, their parents did. The author of the article responded to Trump’s insensitive remark when he just had to say “Americans are dreamers, too.” The writer of the article retorts, “Yes, Americans are dreamers – and dreamers are Americans. If only we had a president who understood as much.” America is known as the “land of dreams” and is seen as a place where people can be successful and follow their dreams. But when it comes to immigrants of color, many believe they are not part of this same ideal, therefore they are not American. However, those who come here, come here for a better life. They come here to dream for a better life for their children, as any person in this country has done, as every person (except Native Americans) in this country is a descendant of immigrants. This country is built on immigrants and immigration. Colonialism was itself illegal immigration that harmed a native-born society. However, the illegal immigration today does not harm the native-born population.

Another article gave the suggestion that the United States should have open immigration policies because of the actual benefits to the U.S. economy that immigration brings. People have this misconception that illegal immigration hurts the economy more than it helps. The article talked about many economic benefits and standpoints. For example, “In 1989, the U.S. Department of Labor reviewed nearly 100 studies on the relationship between immigration and unemployment and concluded that ‘neither U.S. workers nor most minority workers appear adversely affected by immigration.'” Studies show that immigrants actually are America’s biggest group of entrepreneurs. They fuel the economy through consumerism and feeding their wages into the economic cycle. “1) They expand the demand for goods and services through their own consumption; 2) They bring savings with them that contribute to overall investment and productivity; 3) They are more highly entrepreneurial than native-born Americans and create jobs through the businesses they start; 4) They fill gaps in the low and high ends of the labor markets, producing subsidiary jobs for American workers; 5) Low-wage immigrants may enable threatened American businesses to survive competition from low-wage businesses abroad; and 6) They contribute to increased economic efficiencies through economies of scale.” Another article called “Illegal Immigration: Myths, Half-Truths, and a Hole in Trump’s Wall” (using hypothes.is) highlights the fact that, as mentioned earlier, the benefits of immigration outweigh the harms. “A billion here, a billion there [to pay for illegal immigrants’ education and health care]–these are all big numbers. But that is only one side of the equation. The workers also bring significant economic benefit to the country. Take Texas, a state with one of the largest populations of immigrants who crossed the border illegally. A 2006 report by the state comptroller estimated they added $17.7 billion to gross state product, including contributing $424 million more to state revenue than they consumed in government services, such as education, health care and law enforcement”

As everyone knows, at the beginning of Trump’s presidential campaign, he said some cruel things about Mexican immigrants. For example, he said Mexicans are bringing rape, murder, and other crimes into the U.S. However, according to this article, ” these “illegals” commit far fewer crimes per capita than lesser educated, native-born Americans. They do take jobs, but they also create more jobs for Americans. They use some social services, but a lot of that is offset by how much they pump into the economy. The aggressive enforcement of U.S. immigration laws has given rise to an organized crime network that smuggles people across the border, often while subjecting them to rape, kidnapping and even murder…  the violent crime rate in America dropped 34 percent, and the property crime rate fell 26 percent. That same report found that Mexican immigrants–including those who entered the U.S. legally and illegally–had an incarceration rate in 2000 of 0.7 percent, one-eighth the rate of native-born Americans of Mexican descent and lower than that of American-born whites and blacks of similar socioeconomic status and education.” If anything, illegal immigrants are mostly victims of violent crimes by citizens in this country.

The biggest problem with illegal immigration is the misconceptions and racism behind it. Yes, the majority of immigrants are Latin American, but this majority is the majority of our laborers that pick fruit in fields for less than minimum wage, that build your houses and buildings, that mow and remodel your lawns, etc. Yet, these immigrants are the only ones to be called out, when there are immigrants from many countries in Europe of white descent that come here illegally or overstay their visas and may not even work as hard as illegal immigrants of color. Illegal immigration is not the problem. Ignorance and lack of education on the topic are the problem.