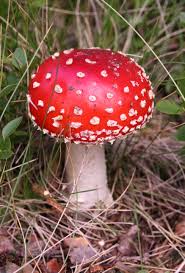 Could Psilocybin Mushrooms help people treat their depression? This is a bit of a controversial issue for some people and for many, the whole thing just doesn’t make any sense. How could some hippy dippy stoner pot namaste illegal drug help people? Well, i’ll explain. King’s College London conducted a study where they gave 89 healthy adults a dose of Psilocybin. The study tested the effects of 10mg, 25mg, and a placebo. The study found that there were no negative effects nor serious events that happened to the patients that took Psilocybin. The study can be found here: https://www.cnn.com/2019/12/13/health/psilocybin-magic-mushrooms-depression-intl-hnk-scli-scn/index.html

The only drawback is that this type of treatment may not be for everyone and it takes a long period of time for the drug to be an effective type of treatment for depression. However, the study does not lie and there are several other studies and stories of personal experience that share the same positive results. Some even claim that Psilocybin Mushrooms can help treat those with addiction problems, anxiety, asperger’s syndrome, and even obsessive compulsive disorder (OCD).  A similar study was conducted in 2014 by Imperial College London and it helps explain the science of Psilocybin’s effects on the brain a little better. The study found that after the volunteers were injected with Psilocybin, the parts of the brain associated with emotional thinking became more active, while the self-conscious, introspective part of their brain became less active.

I think the future of Psilocybin Mushrooms as medical treatment is in the hands of the youth. Many older generations will reject the idea of using this drug, no matter how much evidence you show them. Our generation must forget religious rules and stupid laws that punish innocent people. We must start looking towards the future with this wonderful, natural medicine we have, and have had for the past thousands of years.