The Meaning of American

Home The Meaning of American 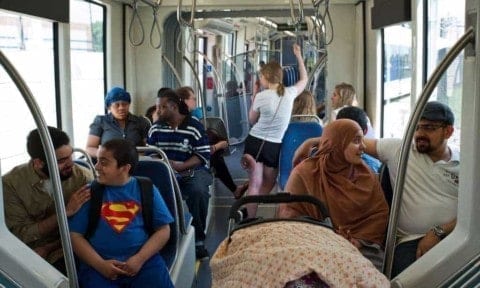 To me the word American doesn’t mean just one thing, it means someone from the US, Mexico Canada, central America, and south America. Some people will call undocumented immigrants not american but this is completely false because Mexico is part of the americas. In the articles we read there was no evidence to support my claim because it is a view that not many people in this country share.

I believe to be American should mean to be undefinable because American encompasses so many different kinds of people from all over the world.“Being American is red, white and blue and being free. It doesn’t matter what language you speak; if you’re born in America, you’re still American. No matter what you look like, no matter what.” (Sebastian de la cruz from San Antonio).  It is my belief that as people get older they look at the world in different ways and most often things that were once simple have become more complex. If only we all could look at the world through the eyes that we had when we were S age then controversial topics like what it means to be wouldn’t seem as big of a deal.

American Literature is literature that captures the essence of what it is so American and or literature that shows what America truly is. For example The Great Gatsby is American literature because it is set in the heart of the 20’s which was a very prominent time in the history of the U.S. Another example is Of Mice and Men which was set in a time period that was the polar opposite of the 20s, the great depression which was another example of a time in the history of the U.S. that really made our country what it is today. Therefore, “American Literature” emphasizes Defining moments in American history. As a result, it is clear, that “American Literature” is a reflection of American life.

Hey Noah! I agree with what you are saying. I like your definition of America because not many people realize that American are all different. There are so many ways to describe an American and I think that your definition is pretty good. Here is an article that I think you may like.
https://www.facinghistory.org/resource-library/my-part-story/what-does-it-mean-be-american

Noah, I admired your definition of ‘American’ because most Americans tend to only focus on themselves, but forget that there are so many people immigrants or not are American as well. Being a Latina I identify myself American. Being American should mean that you have the freedom to believe, speak, etc whatever defines you. But there is huge part in the United States culture that doesn’t know the actual meaning of freedom.
I found this article in which people express their opinions of what ‘American’ means, it supports our ideas. https://www.nytimes.com/2014/06/20/us/what-does-it-mean-to-be-american.html#commentsContainer

Dear Noah
I agree with your comment that America is not just the United States it is also other countries like Mexico and Brazil. I think we should all work as a continent and not be isolated. We should do what the European Union does and make a America Union with both North and South America. This would be good because everyone who participate can benefit. Also i agree if you are born here you are American. No matter if you speak a different language or associate with people from a different ethnicity than American you still are American if you are born here. I advise you to check out my website i talk a lot about Immigration. https://wordpress.com/stats/day/22chichad95.wordpress.com

Dear Noah,
I completely agree with your post on ‘The Meaning of American” because it captures what an American actually is. It’s so difficult to pinpoint what an American actually is, since we live in a country build off of so many different cultures. Saying that being American is “being red, white and blue and being free” really makes me think about what it means to be American. That definition is so ambiguous, which makes sense, since the term American is ambiguous. You say that the definition of being American is “undefinable” which stands out to me. America is built off of the rights of life, liberty and happiness. If your in America, and stand by those rights and notions, that I think that makes you American. Is it fair to say that anyone is a pure American (outside of Native Americans of course), since at some point someone immigrated into this country. But that diversity is what makes America America. To be American is to accept others and allow them to live a life of freedom and happiness, not what country they originated in.

Check out my blog where I talk about things like this. The blog disucssed sanctuary cities and immigration issues. It called NYC: A Safe Haven (http://nycasafehaven.home.blog)

Noah, what an interesting definition of America. People so often forget that the word America can be used to describe anyone on the two American continents. You made it clear that you believe in the diversity of not just one country but of everyone in North and South America. Even though we seemed divided at times, we all fall under the same roof of being American. You also do a good job of describing the polar opposites of America.